Included in the Art Basel programme of the Design Miami/Basel pavilion – a satellite event of the most popular trade fair in the world – Common Sense was presented in June 2019.

It is a collection of everyday objects and tools in Portuguese stone. This initiative, on the invitation of curator Aric Chien and thanks to partnership between experimentadesign – a consortium based in Lisbon that promotes the culture of contemporary design from an inclusive and multidisciplinary perspective – Lisbon Gallery and ArtWorks/Galerie Vertbois 5 brought about the implementation of a total of thirteen works created by the seven designers invited to take part in the project.

Each designer was asked to create objects highlighting the potential of one or more types of Portuguese natural stone. The intention was to explore themes associated with the relationship between design and natural materials and their role in contemporary society. “It is essential to review and re-design relationships with some of the oldest and most sustainable materials available to us and, through design, bring their power, beauty and unique characteristics into our daily life,” said exhibition curator Guta Moura Guedes. Common Sense also sought to reflect on ideas such as (obviously) common sense and simplicity, which are often lost in times of great technological progress and formal and functional complexity. The project is also part of First Stone, an international research programme that explores the potential of Portuguese natural stone alongside its industrial and artisan sectors. The result is a series of “unique” objects presented for the first time at the Lina Bo Bardi Glass House in Sao Paulo in 2017. 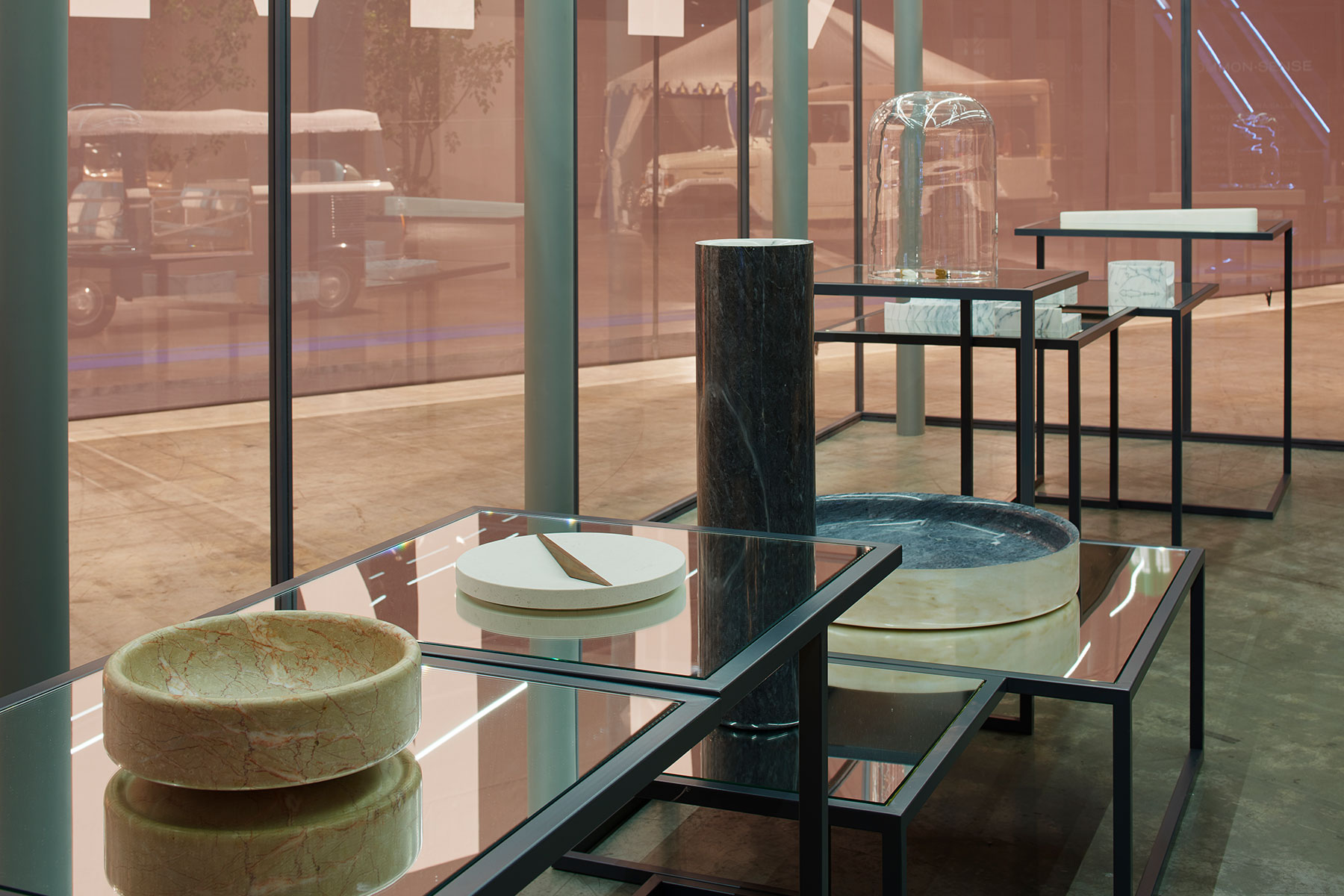 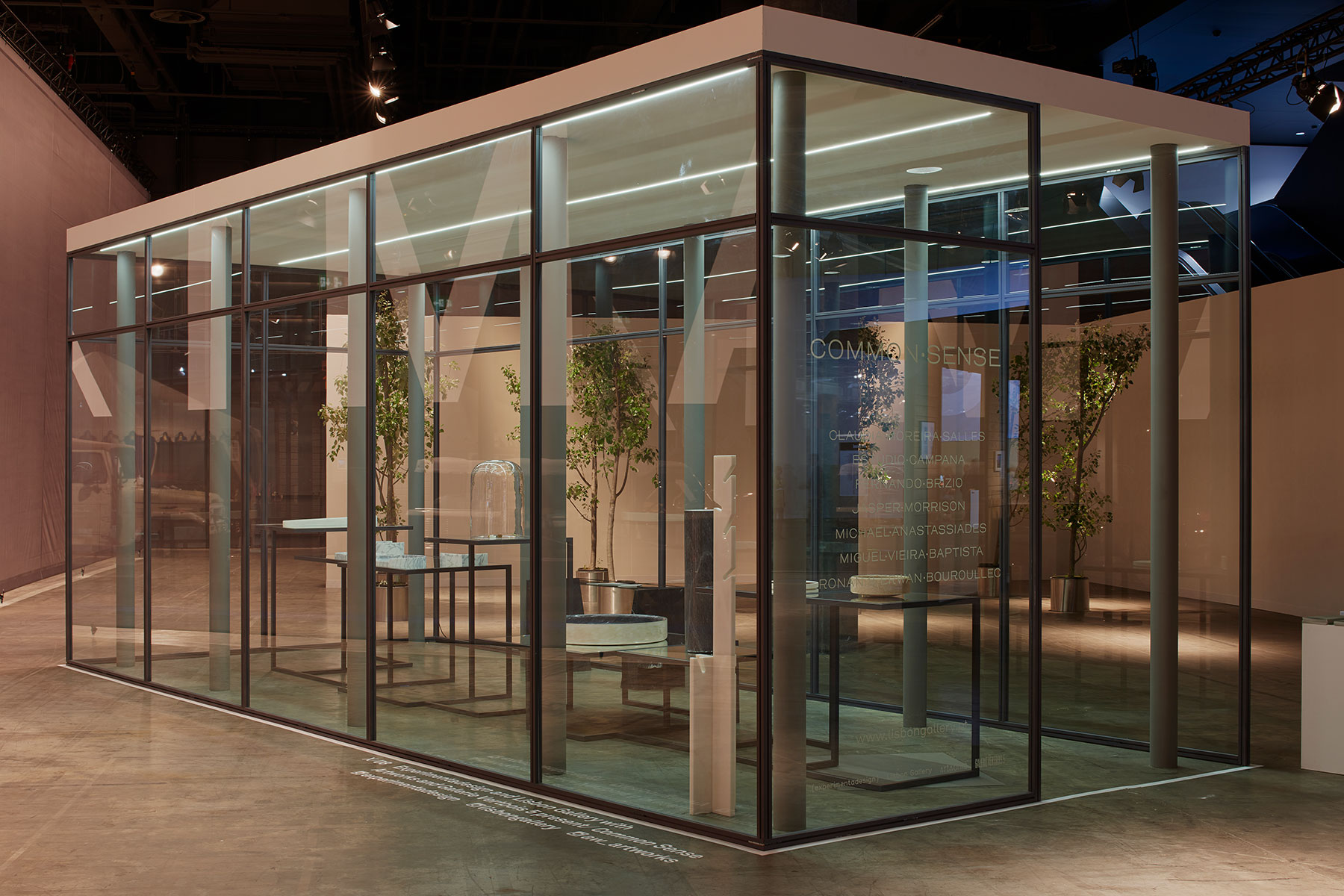 There is no shortage of authentic design stars in the list of names involved in this project. Items from his Forbidden Fruit series saw Michael Anastassiades, a Londoner of Cypriot origin, contribute to the collection with a plate and a vase made using two different varieties of marble, dark on the outside and light on the inside, resembling the colour contrast between peel and pulp found in a great many varieties of fruit. The bowl designed by Jasper Morrison takes its name from the variety of marble used – Alpinina – and its design with a raised and recessed support creates an ideal space for lifting it with bare hands: the bowl seems to float on the surface on which it stands, despite the intrinsic weight of natural stone. Fontaine is the work of the Bouroullec brothers designed for public or domestic use: a linear composition of pink marble modules 1.5 meters long where water flows from metal tap, playing with sound and movement: an interface between artificial and natural elements. Another creative pair of brothers – Fernando and Humberto Campana, developed a dual project: rings in which the coolness of the chosen marbles – Bianco Vigária and Ruivina Scuro – dialogue with the warmth and flexibility of coconut fibre, a material that the Brazilian designers have often used in their projects.

Designer Claudia Moreira Salles, also from Brazil, proposed two different items: the first, Bowl Compass, is a pocket emptier tray comprising a stone disk and a wooden blade resembling the hand of a compass. The second, Mancebo Angras, is a coat stand made of marble slabs with recessed edges acting as hooks that exploit the weight of the material to ensure stability for the object. Lastly, two Portuguese designers could hardly not be included. The first, Fernando Brizio, designed a dresser with two side pillars in Ruivina Scuro marble supporting a series of taut cables that form the horizontal surface. The second, Miguel Vieira Baptista, conceived a series of pieces modelled on the construction methods of Roman architecture, in particular how various stone elements in columns were held together. All the Hipódromo pieces, although apparently unfinished, continue to function as a container.