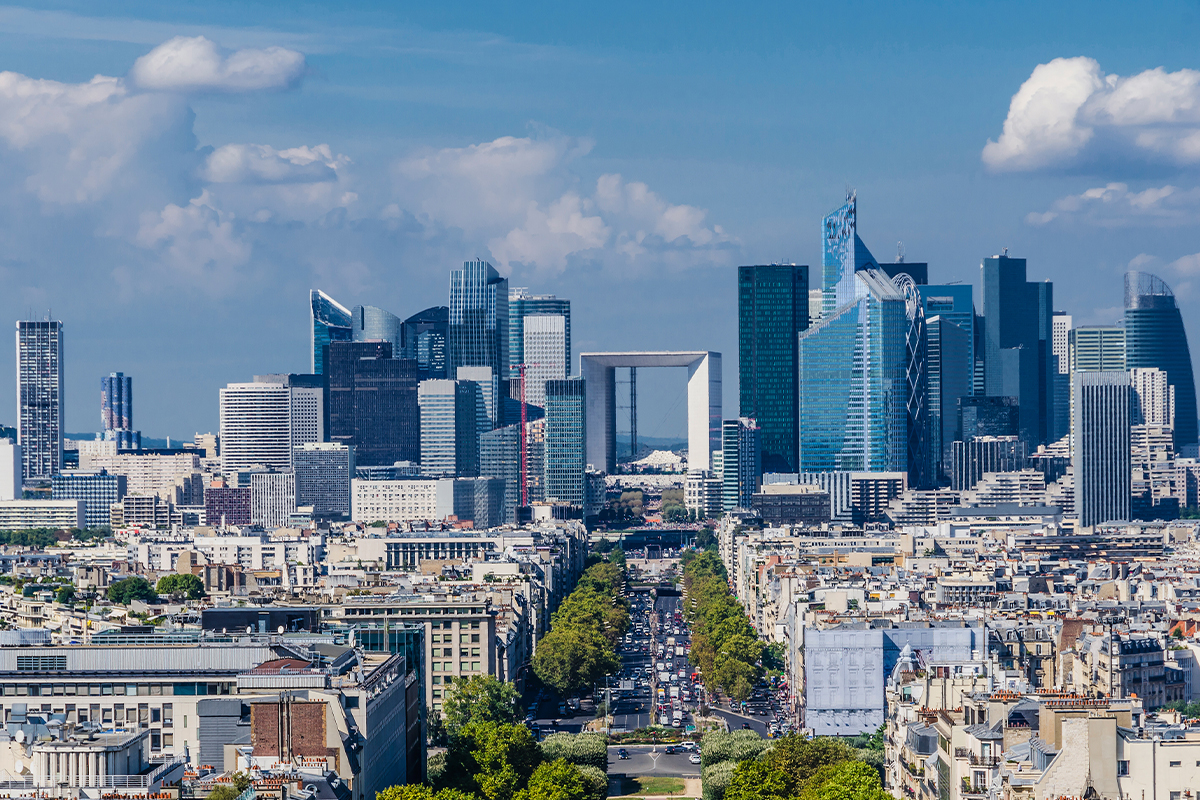 The big Arch de La Défense, which in French translates to “La Grande Arche de La Défense”, is both an homage to the tradition and an avantgarde work. Inaugurated in 1989 on the occasion of the bicentenary of the French Revolution, the arch is a modern monument located in the financial neighborhood called La Défense, in the western part of Paris, realized in glass and white Carrara marble, after an international contest which took place in 1982, and it’s considered one of the most modern and iconic buildings in Paris, after the famous Eiffel Tower and Arc de Triomphe.

In 1982, EPAD, with the high patronage of the President of the Republic, François Mitterrand, instituted the contest called Tête Défense with the aim of realizing a new iconic building that completed the directional center of La Défense neighborhood, which could also be the arrival point of the axe historique (historic axis) that links, not only ideally, the very modern neighborhood in the center of Paris, going through the historic places of the French capital, that is Louvre, Place de la Concorde and Arche de Triumph. The winning project was the one by the Danish architect Johann Otto von Spreckelsen, which was the avant-garde structure of the Grande Arche.

The building of the stricture, officially called Grande Arche de la Fraternité, started in 1983 and was assigned to the Bouygues building group. In 1986, von Spreckelsen gave the titularity of the direction of the works to French architect Paul Andreu, who followed the ending of the work process which took place almost two years after the death of its author. The building was finished by the end of 1988 and inaugurated on July 14th, 1989 on the occasion of the bicentenary of the French Revolution and the G7 that was hosted there. 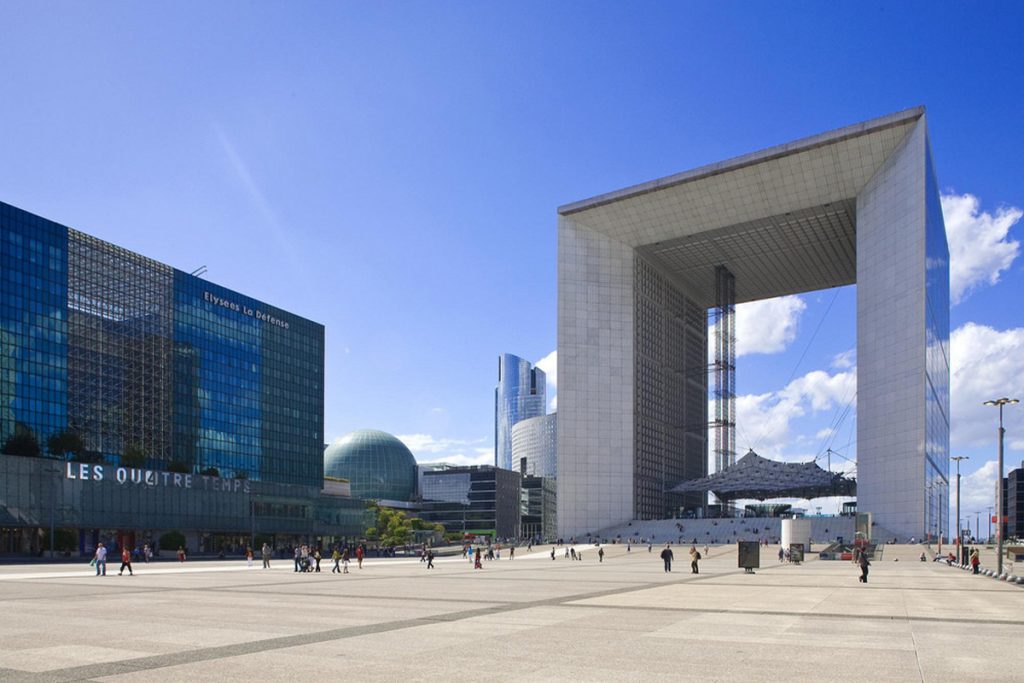 the structure of an avant-garde monument

The Grande Arche is a huge concrete wall, 110 meters tall and 108 meters wide, empty in the middle and coated in glass and white Carrara marble. Among the main attractions in Paris and one of the biggest masterpieces of modern art, the Arche de La Défense hosts the Museum of Computing, which recreates the story of computing from its origins up until today, and the restaurant, where to taste the typical French dishes in an exceptional atmosphere.

Moreover, from the top of the building, reachable using the external elevator, there’s a wonderful view over the Arc de Triumph and Eiffel Tower, the Montparnasse Tower, the Vuitton Foundation, Mont Valérien, and many more. 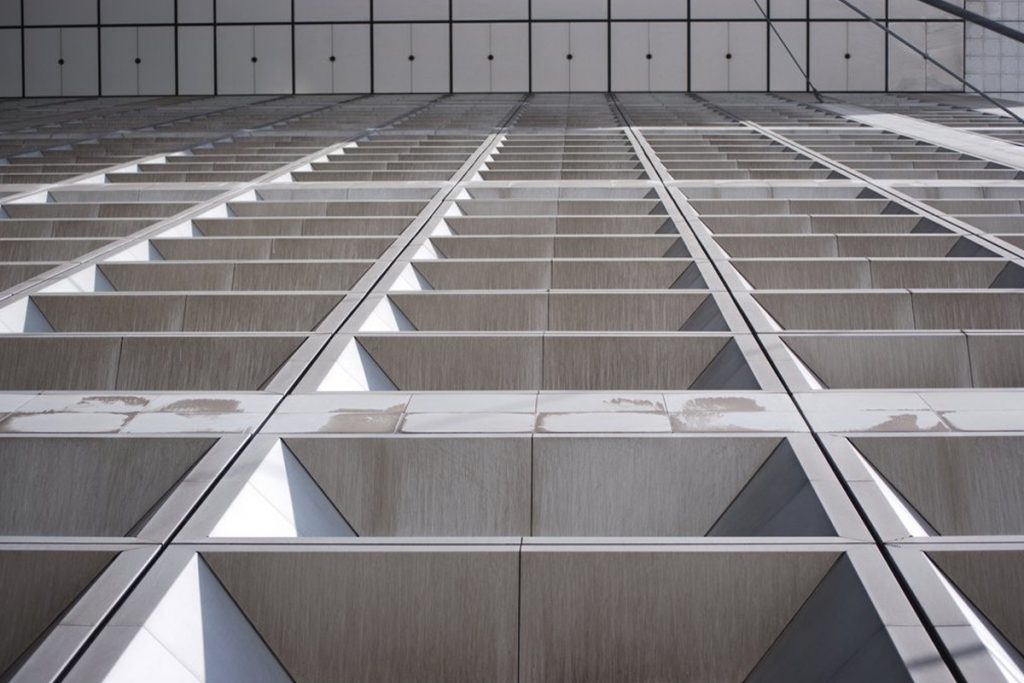 the bethel white granite of the façade

On January 2011, also after a few dangerous detachments of marble tiles from the façade, French authorities ordered the temporary closure of the structure to the public, to start a total restoration of the building and guarantee the safety of the white marble façade.

Contextually to these works, after the deterioration of the façade’s stone, damaged by the temperature changes and car exhalations, the Italian marble was substituted with American granite, the Bethel White variety from Vermont. In fact, this marble, whose surface was flamed and brushed, is not so different from Carrara marble (except for the tiny points of granite).