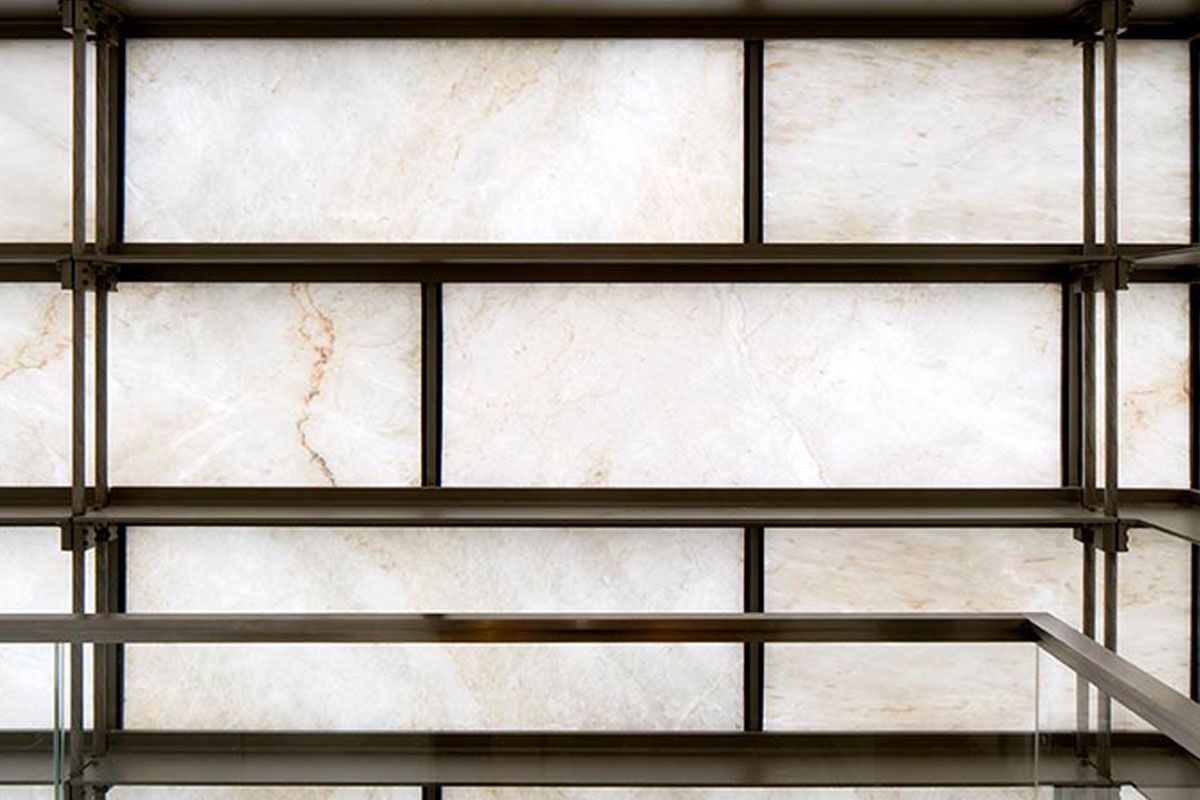 A new addition in stone for the Nantes Museum Extension.

The Nantes Museum of Art, one of the largest in France outside the capital, re-opened to the public in June 2017 after a far-reaching renovation completed to a project designed by London-based studio Stanton Williams, the winner of the international competition. The re-organization of the museum, in addition to work involving historic buildings, also affected the entire district with the aim of opening out this institution into the city. In this context, the overall vision took in urban architecture as well as museum furnishings and graphic identity, not to mention new buildings and extensions: the new Archive centre for documentation and graphic arts and, above all the Cube set up across a passage between the historic building and the XVII century oratory gardens. The Cube hosts additional exhibition facilities for contemporary art with galleries on four levels and is expresses Stanton Williams’ strategy of seamless combination between past and present. The new structure resembles a monolithic body clad in a light-coloured stone that in turn recalls the materiality of the Palais and other neighbouring buildings. 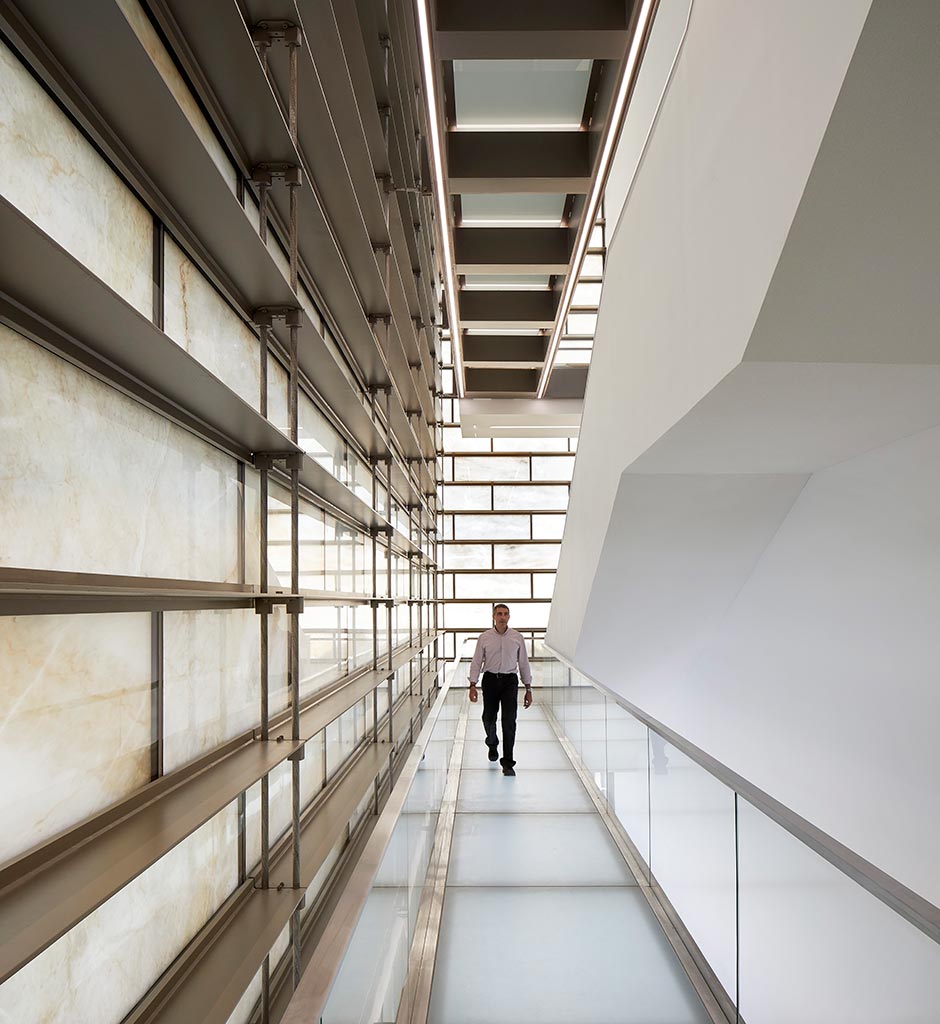 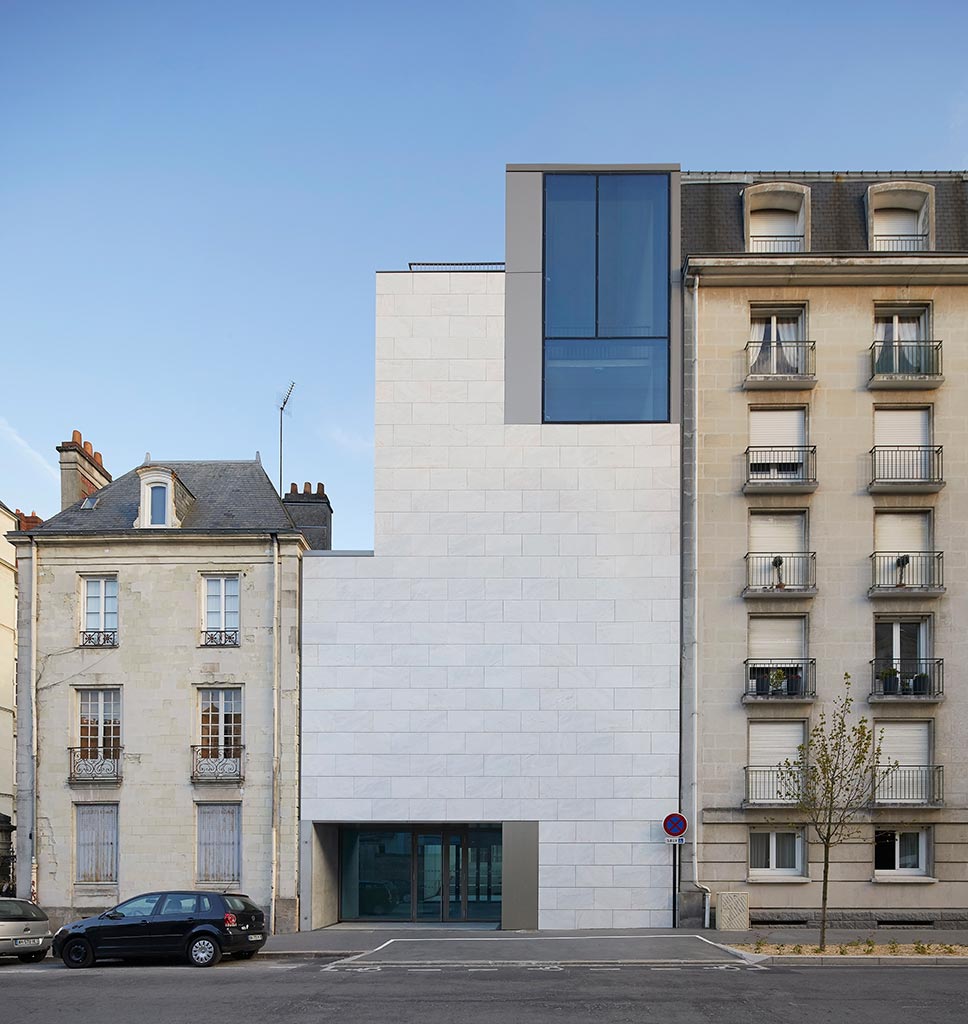 Alongside the stone cladding of the walls overlooking the road, interrupted by the large apertures allow glimpses on the gallery facilities from the outside, the southern façade has a continuous façade comprising marble and translucent laminated glass; during the day, natural light filters through the veined stone into the internal space with its stairs and walkways ensuring vertical connections, while at night the backlit marble comes to resemble a huge urban lantern.
The complexity of the entire project also emerges through the redesign of all spaces, where the theme of light – a central feature in a museum – was studied with the care and expertise that earned the Stanton Williams Studio (opened in 1985) the prestigious Stirling RIBA Prize for the Sainsbury Laboratory in Cambridge.

From geometry to matter

A stone icon for Marmomac