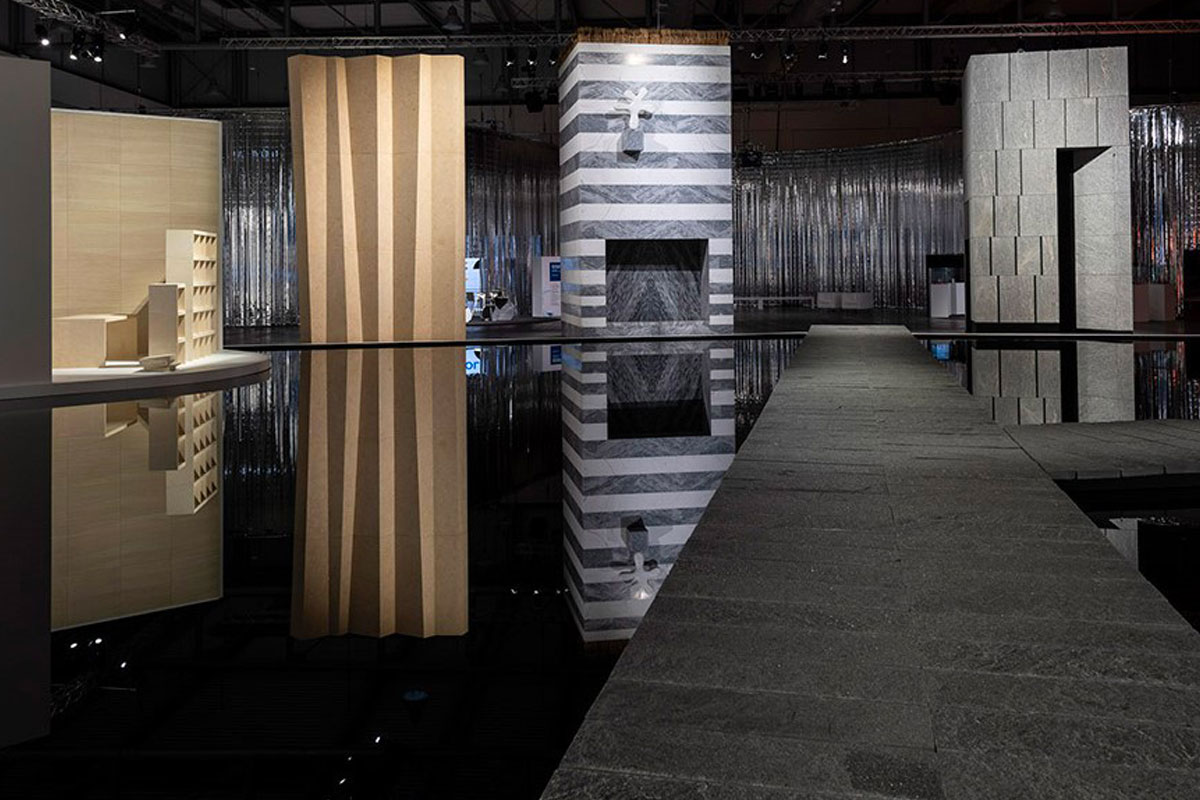 Three towers on the water.

Resembling three huge pillars against the backdrop of the scenic installation for the 2018 edition of The Italian Stone Theatre, the installations in the Architecture for Water exhibition interpreted the construction topic of vertical stone facades by requiring the designers taking part to develop towers. The unequivocal physicality and presence of the six metre high towers, in the interpretations that each author implemented for the theme, were accompanied by a debate coordinated by Vincenzo Pavan, curator of the exhibition, that gave voice to the protagonists om the design side and the companies partner involved in the event. 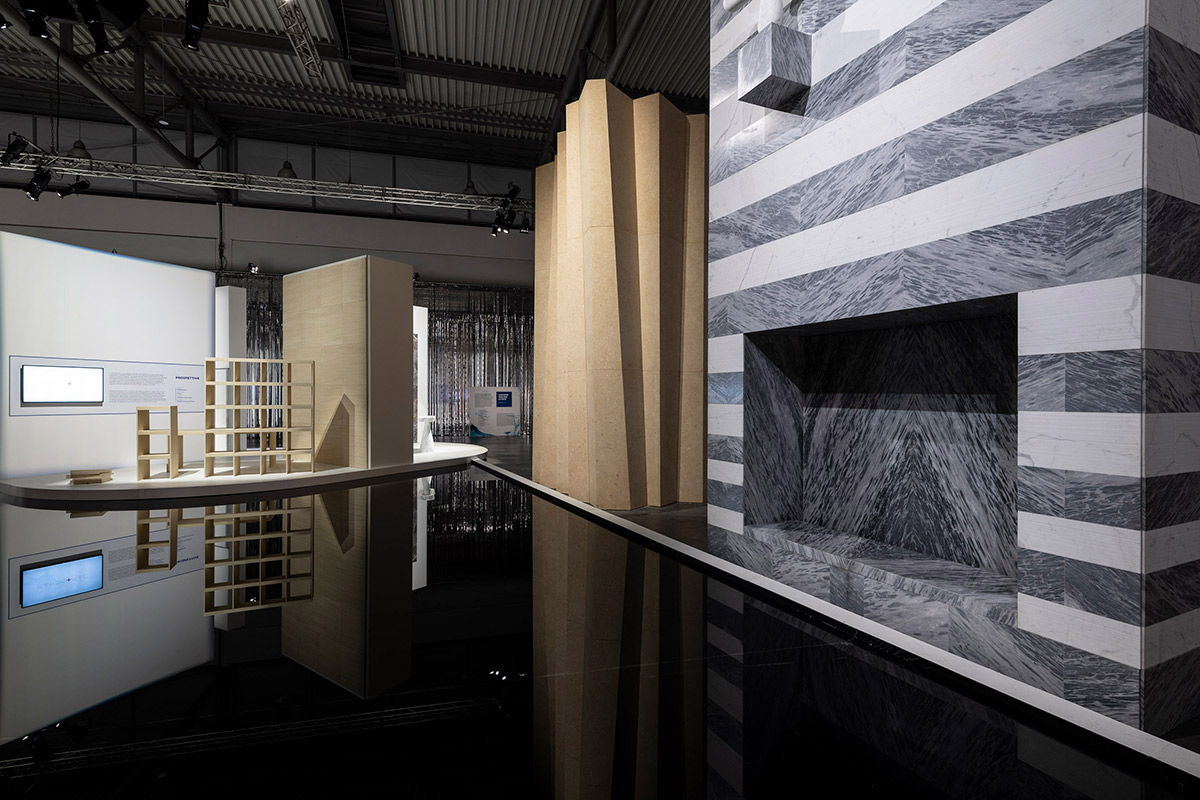 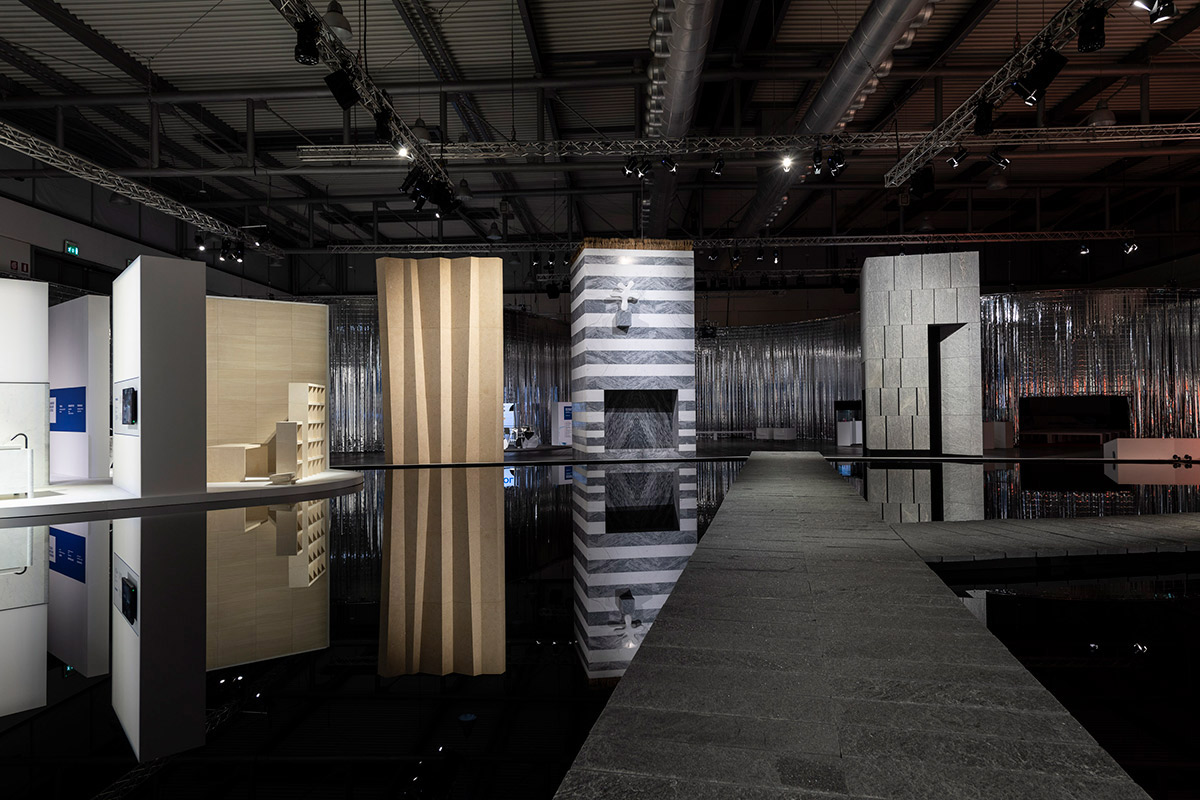 Stone and Water is a literal interpretation by A.c.M.e. study, which Moreno Zurlo traces back to evocative quarry fronts and the marine character “hidden” within the stone material. Vicenza Stone, as Francesco Grassi pointed out for Grassi Pietre – a historic quarrying family from Vicenza – is a limestone containing fossils that can be hidden, highlighted or polished during processing operations to become as shiny as diamonds. All the more, the same quarry can yield different colours and shades when operators know how to interpret the various levels: this is how a traditional material can be re-interpreted, from time to time, rather like how winemakers can enhance their vineyards by knowing how to exploit new nuances. The choice as regards the A.c.M.e. project was to enhance the organic nature of the material: inasmuch, brushing the slabs helped highlight the idea of a return to an original marine environment. 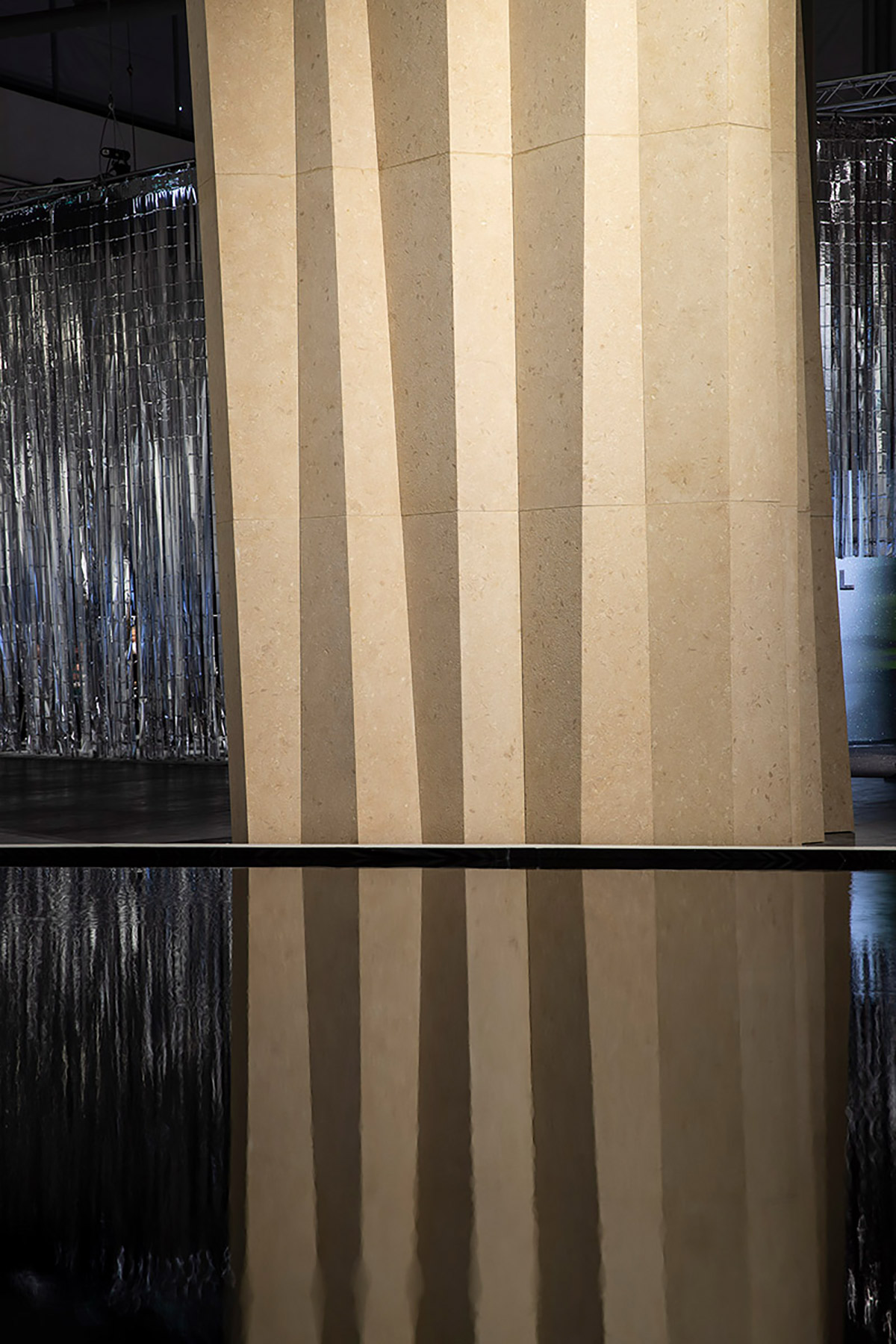 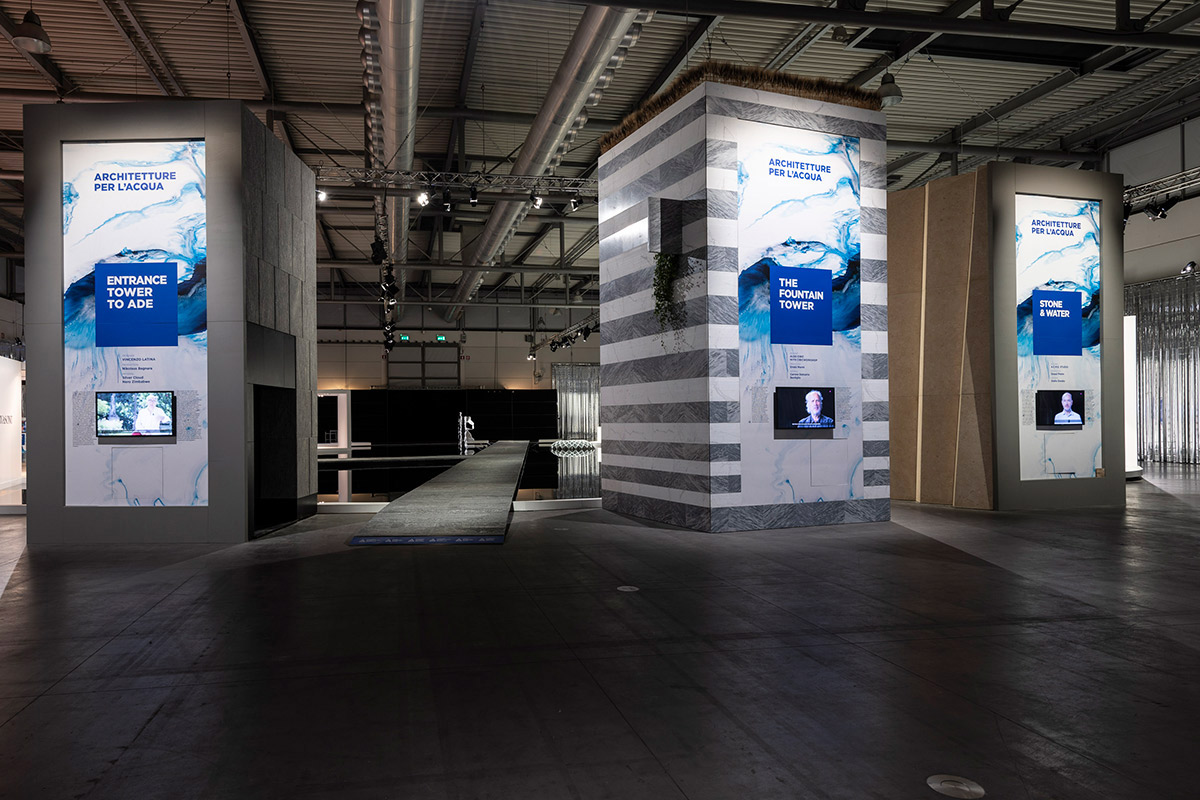 A joyful tower and a mythological tower

Towers, in the design process implemented by Aldo Cibic, are a recurrent form: until now, fear of monumentality has kept him away from marble. Yet this thought prompted the desire to give shape to a “joyful tower” characterised by interplay between architectural form and natural elements – the climber, the green at the summit, the water gushing out from the base – and an ironic little man in stone. It became, for Errebi Marmi, a question of creating a complex project that brought together two different varieties of Carrara – Statuary and Bardiglio – which, despite co-existing fairly close to each other in the same quarry, give rise to contrasting colours. Vincenzo Latina, an architect from Siracusa who has already taken part in events at Marmomac on several occasions, interpreted the topic of towers within an imaginary context, playing on the effect of depth of mirror-like water compared to a mythological lake. The tower is an entrance to the underworld and full of symbolic references, attained through the seductive power of Zimbabwe Black in simulating emptiness and suspension. Processing by Nikolaus Bagnara fully expressed the evocative nature of the project. 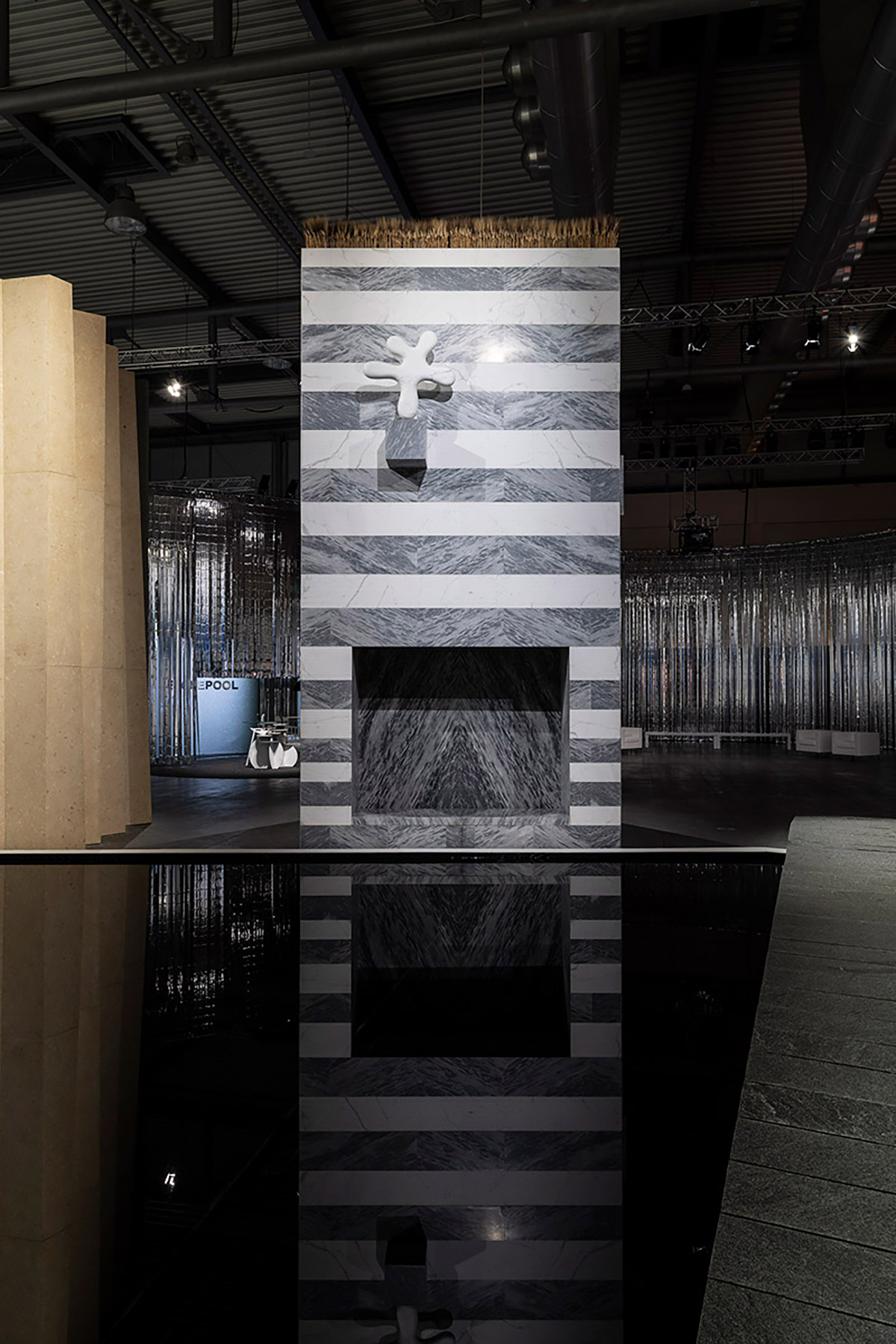 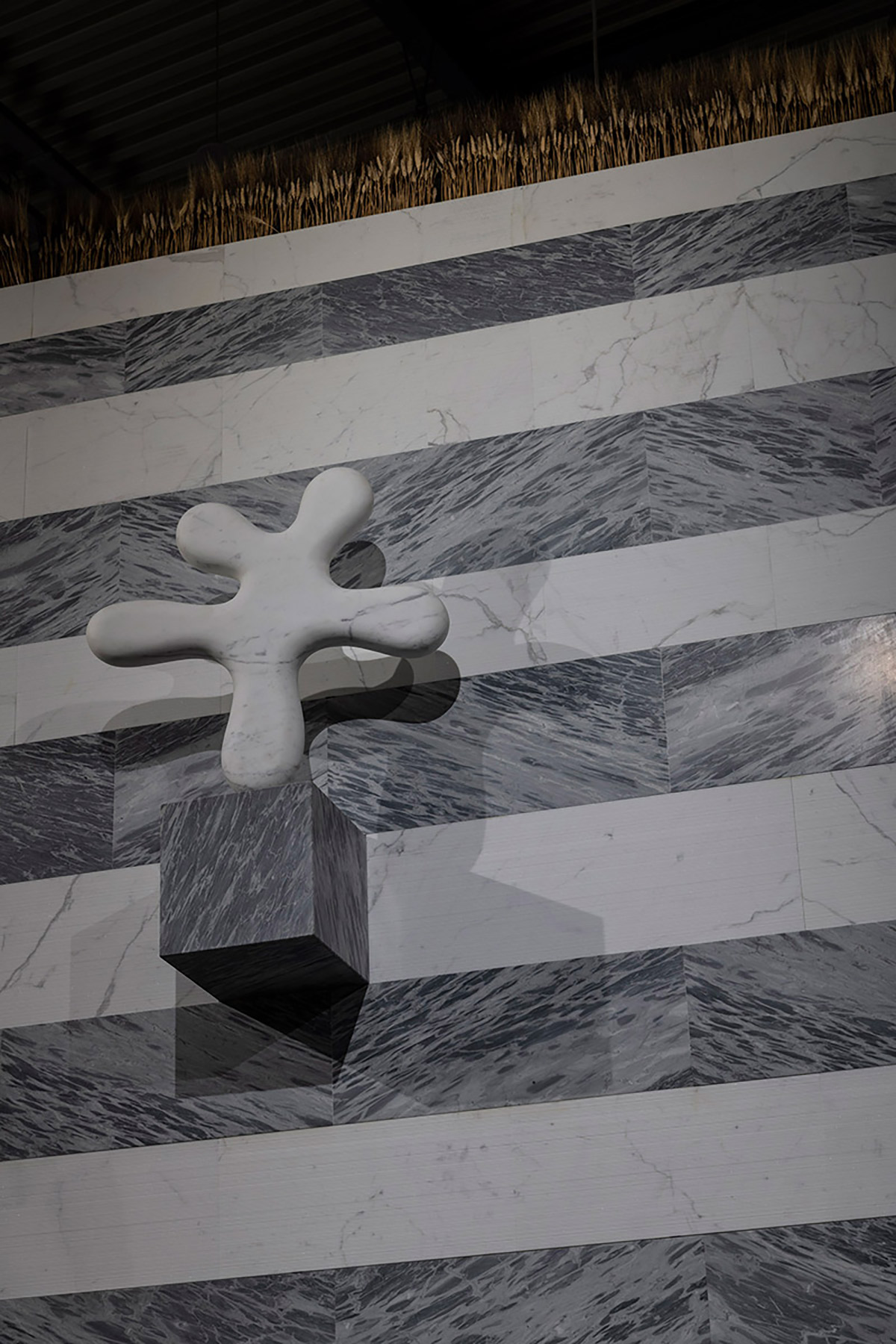 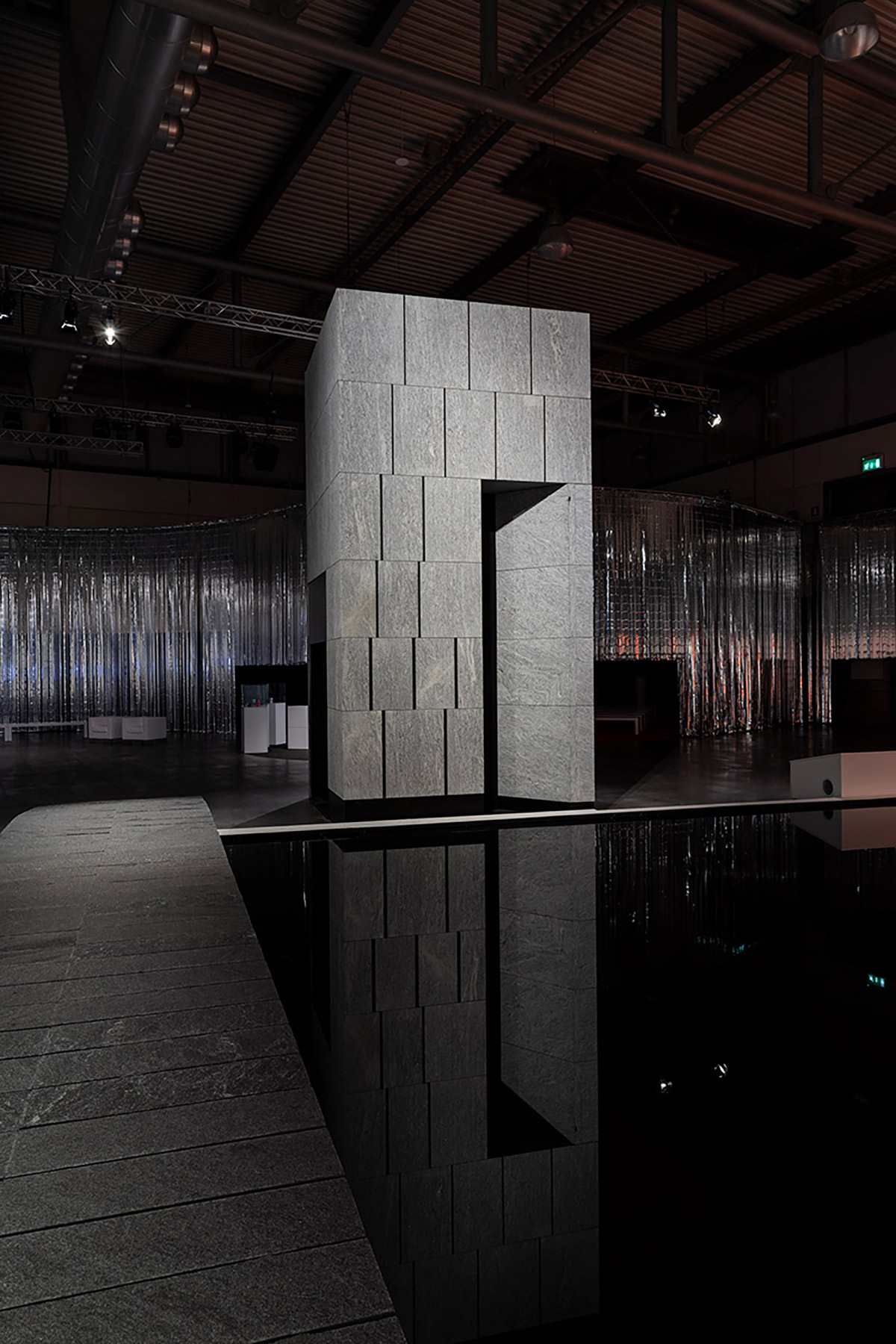 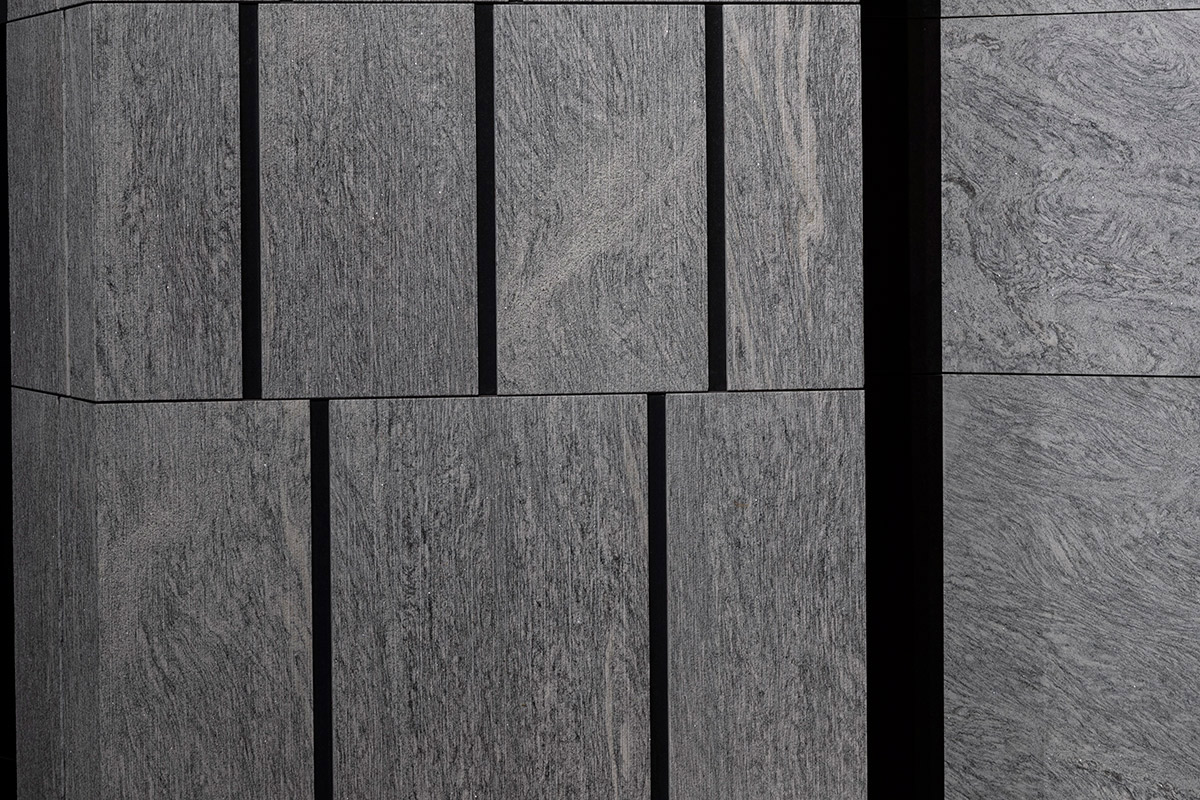 The jury of the Best Communicator Award has been announced

The Eternal & the Ephemeral