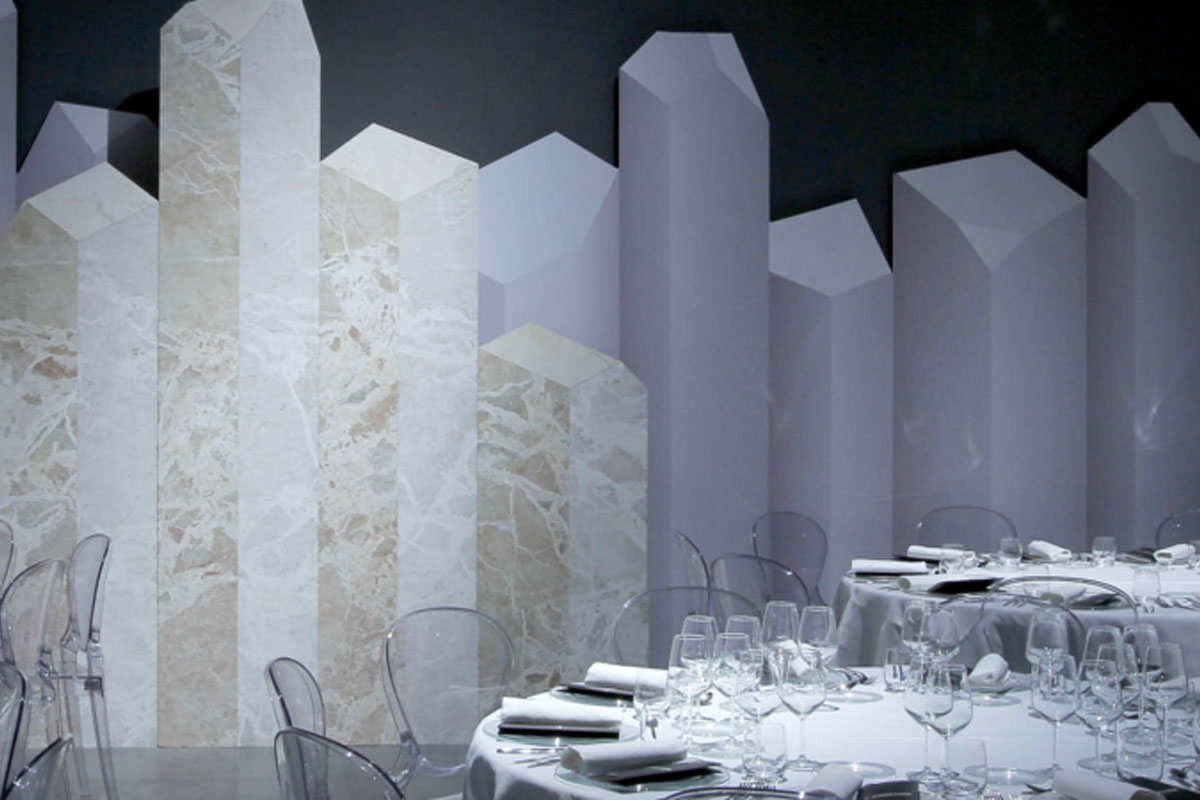 Author’s restaurant “Rosso Verona” revealed the names of the chefs.

The 2017 edition of Marmomac will again be home to exhibitions and installations highlighting the technical and artistic skills of Italian companies will be joined by Ristorante d’Autore, a venue dedicated to fine food interpreted by star chefs:  Giancarlo Perbellini (Casa Perbellini, Verona), Rudy Casalini (Locanda Le 4 Ciacole, Roverchiara – Verona), Marco Volpin (Le Tentazioni, Saonara – Padua) and Enrico Bartolini (Ristorante Glam, Venice). The title of this year’s project – Rosso Verona – pays homage to the city of Verona, its history and its architecture created using materials such as Ammonite Red and Prun Stone as well as tuffs since Roman times. An intimate framework with various shades of red highlighting geometries in turn reflecting the fossils imprisoned in the stone, such as the famous ammonitic marble. Yet red also recalls many other aspects that can be associated with Verona: wine and in particular Amarone, presented here in pairings with dishes thanks to collaboration with the Famiglie dell’Amarone, the association that brings together thirteen historical wine-makers in the Valpolicella district committed for generations to supporting and promoting the local area and one of its most highly-prized valuable red wines; Verona red chicory also boasts ancient and consolidated agricultural and food traditions safeguarded and promoted by the Consorzio Tutela Radicchio di Verona IGP  also Involved in this project; not to mention love and its deepest essence with the young, star-crossed lovers Romeo and Juliet celebrated in Shakespeare’s story set in Verona and represented here the famous balcony reproduced in stone at the entrance to the restaurant. Curated by ADI Veneto & Trentino Alto Adige Delegation Alessandro Barison, Paolo Criveller, Giovanna Carturan, Silvia Sandini and Carlo Trevisani In collaboration with Famiglie dell’Amarone d’Arte and Consorzio Tutela Radicchio di Verona IGP

Biennial: from Dublin to Venice by way of Verona