The Pritzker Architecture Prize was awarded to Yvonne Farrell and Shelley McNamara to honor their works.

The Pritzker Prize for Architecture (also commonly known as the Nobel Prize for Architecture) is awarded “To honor a living architect or architects whose built work demonstrates a combination of those qualities of talent, vision, and commitment, which has produced consistent and significant contributions to humanity and the built environment through the art of architecture.”

Since 1979 it has honored architects from all over the world for their incredible works, and in 2020 it was awarded, with the ceremony held at the Bocconi University in Milan, to Irish architects Shelley McNamara and Yvonne Farrell, co-founders of the Grafton Architects Studio.

The duo worked together also as curators of the Architecture Biennale in Venice in 2018.
With more than 40 years of collaboration behind them, McNamara and Farrell have designed and built numerous schools and buildings for institutions and universities, especially in Ireland (in Italy they built the new building of the Bocconi University in Milan, for which they won the World Building of the Year award in 2008).

Both also teach at the University College of Dublin and hold the chair of architecture at the Mendrisio Academy. 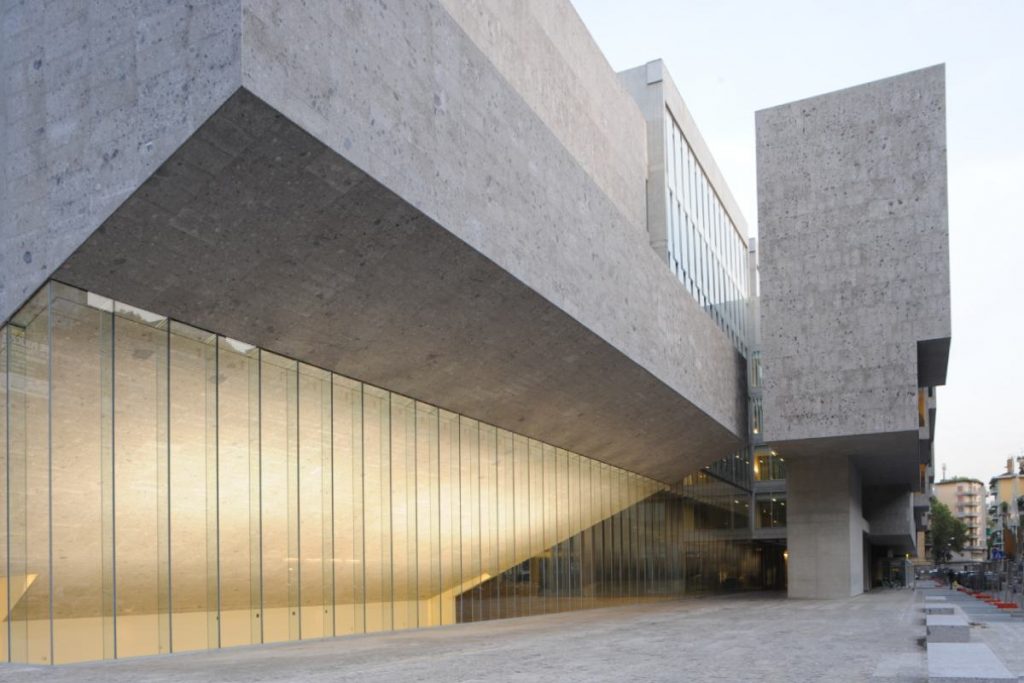 It is precisely the building of the Bocconi University that represents in all its grandeur the combination of materials to create a structure with an imposing appearance but at the same time light, airy and that fits perfectly with the surrounding environment of the Italian city: geometries of impact, suspended spaces, natural lighting, materials reflecting the local tradition and adapted to the contemporary style.

The project revolves around two basic ideas: floating volumes and diffusion of natural light. The five floors of the building do not rest on pillars but are hung by steel cables from large roof beams (a structural principle similar to that of bridges).

In this way, the architects have obtained a succession of open spaces, stairs and reinforced concrete elements that seem suspended in the air. The structure is further lightened by the large presence of windows and openings, which allow natural light to reach the basement.
The vast sidewalk in front accompanies the visitor from the city to the heart of the building, in an ideal overlap between the university and urban life, which is also emphasized through the gray color of the coatings. The exterior of the building is in fact covered with Ceppo di Gré, a typical stone of Milanese architecture. It is a more resistant conglomerate than concrete but which comes in the same shade that is quarried from the banks of the rivers in the Lake Iseo area.

References to the characteristic Milanese architecture are also found inside the building, where White Lasa marble was used for the interior floors of the foyer while White Carrara marble for the underlying level, two types of marble that can be found in many buildings in the city; while the walls of the Aula Magna are covered with Pietra Serena.

The use of marble for the flooring is not only a tribute to Milanese (and Italian, a tribute that can also be seen in the chromatic choices of some interior elements that recall the Italian tricolor flag) but is also a further testimony of a building that plays with natural light despite the austerity of the concrete, in a “game” of suspended structures, large windows and a marble floor that welcomes visitors with its brightness.