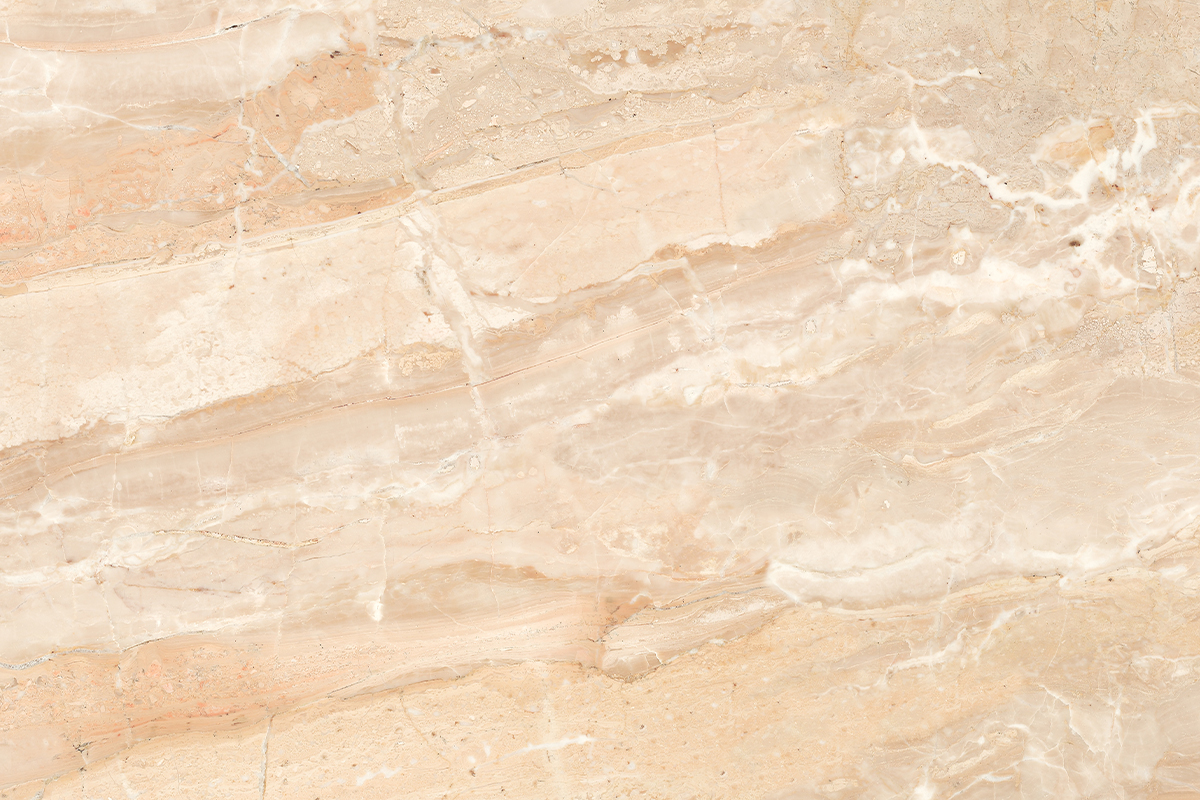 Primavera marble is the commercial name of a compact (pure) calcareous marble of beige, brown, or pinkish color. Also known as “Breccia Primavera” this kind of lithotype is extracted in the quarries of Nuvolera, in the province of Brescia, next to Monte Bolle.

geology and History of Primavera Marble

The Primavera marble quarries are part of the wide extractive basin known as Comprensorio del Botticino, which develops in East Brescia: this area has been exploited for over two thousand years. The Monte Bolle quarries, in fact, are part of the limestone deposit that formed in the Jurassic and Cretaceous eras, between 190 and 70 million years ago, when sedimentation, cementation, and recrystallization of limestone muds in an “inland sea” from Mesozoic age.

In the past centuries, starting from the Roman and Longobard times, the huge amount of marble located in the area has favored the development of a consistent epigraphic tradition, besides the development of the extraction and processing of the marble activities. As of today, Primavera marble is exclusively extracted in the Bolla quarry, which surfaces at the feet of the namesake mount.

The intensive extraction of Primavera marble has grown over the course of the 20th century, alongside the technological developments, which allowed to substitute manual work with machines, with huge improvements in productivity and safety in the workplace.
Alongside the growth in production, the popularity of this marble grew as well, which is hugely exported today and has become popular all over the world.

The uniqueness and advantage of this kind of marble also come from its characteristic pink color, together with its peculiar veins. From a petrographic point of view, Primavera marble is characterized by low absorption and porosity levels, but also extreme compactness, which was also better than the one of the Botticino marble, extracted in the nearby quarries. The exceptional structural properties, from flexion to usage, make this marble perfectly fit also for outdoor applications.

Primavera marble is commercially distinguished in three sub-categories, each one with unique chromatic characteristics:

The familiarity of stone in a London project

Stone as a tribute to Art Decò