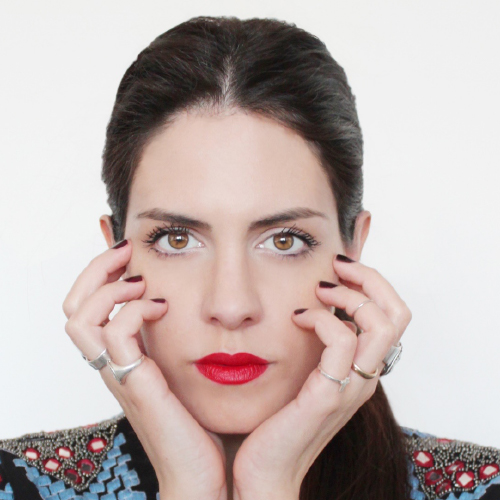 Elena Salmistraro (Milan, 1983) graduated from the Politecnico in Milan with a degree in Industrial Design in 2008; the following year she opened her own firm – also in Milan, in partnership with architect Angelo Stoli – working in product and architectural design. She has her own highly distinctive style and focuses on the point where illustration, design and the visual arts meet, drawing on all three to shape a strongly extrovert expressive language that aims to speak directly to the emotions. Her projects have been selected to take part in major events, including the The New Italian Design travelling exhibition – visiting Milan, San Francisco, Santiago and Cape Town – the collective exhibition The New Aesthetic Design – at the Shanghai Biennale in 2013 – and the Gwangju Biennale – in South Korea, in 2015.

In 2016, at the XXI Milan Triennale International Exhibition, entitled Design After Design, she contributed to the W. Women in Italian Design exhibition, the ninth edition of the Triennale Design Museum. During 2017-2018 she was appointed Ambassador of Italian Design in the World, on global Italian Design Day, an initiative promoted by the Milan Triennale in collaboration with the Ministry of Foreign Affairs and Ministry of Cultural Heritage and Activities. In 2017 she won the Salone del Mobile Milano Award as “Best emerging designer”. She works as designer and artist for a large number of corporations, including Apple, Disney, Vitra, Lavazza, Alessi, Bosa, De Castelli and Cc-Tapis, and her work has been exhibited over the years at many top galleries, such as Dilmos, Rossana Orlandi, Camp Design Gallery, Subalterno1 and Secondome.