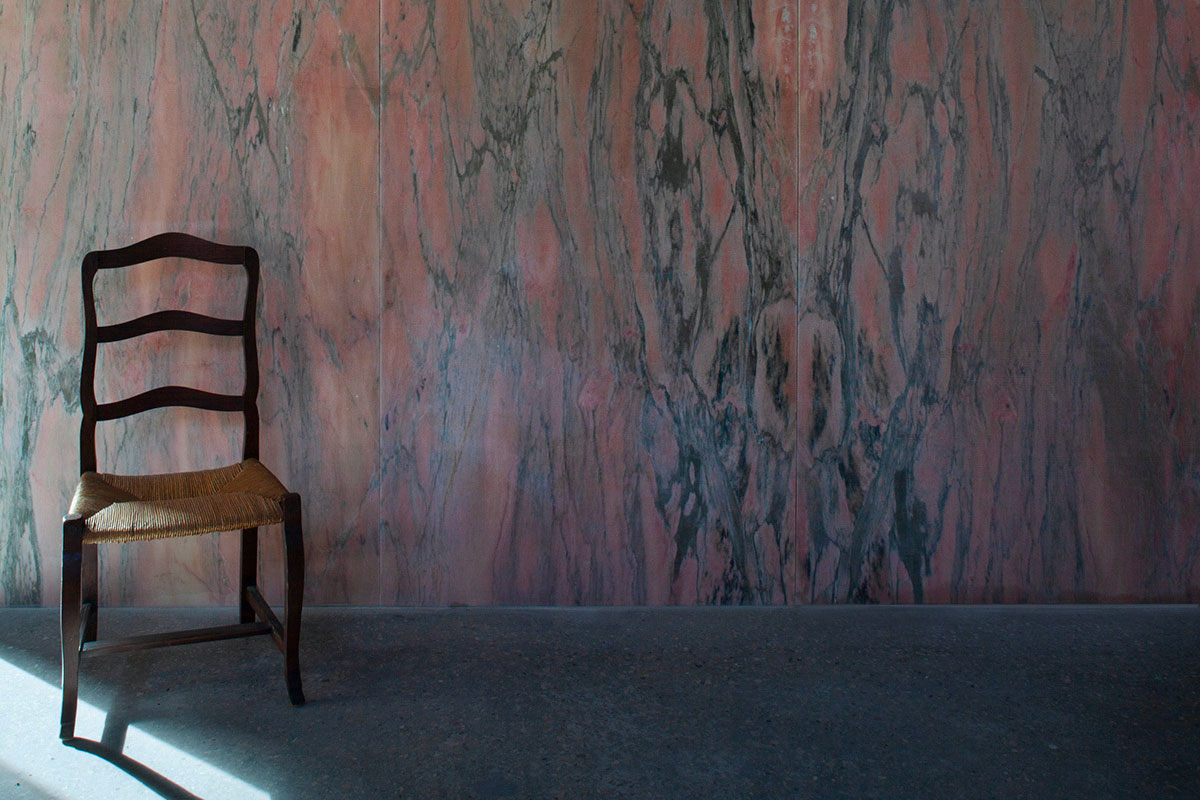 It is customary to think of marble and stone used for added value as cladding, both in the conventional sense and more advanced, experimental versions.

Yet there are occasions that eloquently demonstrate the potential for building architectural space. This is the case for the renovation of a single-family house in Lisbon by architects Leopold Banchini and Daniel Zamarbide where a central core of pink marble emphatically characterises the spatial impact of the home and its formal and material values. 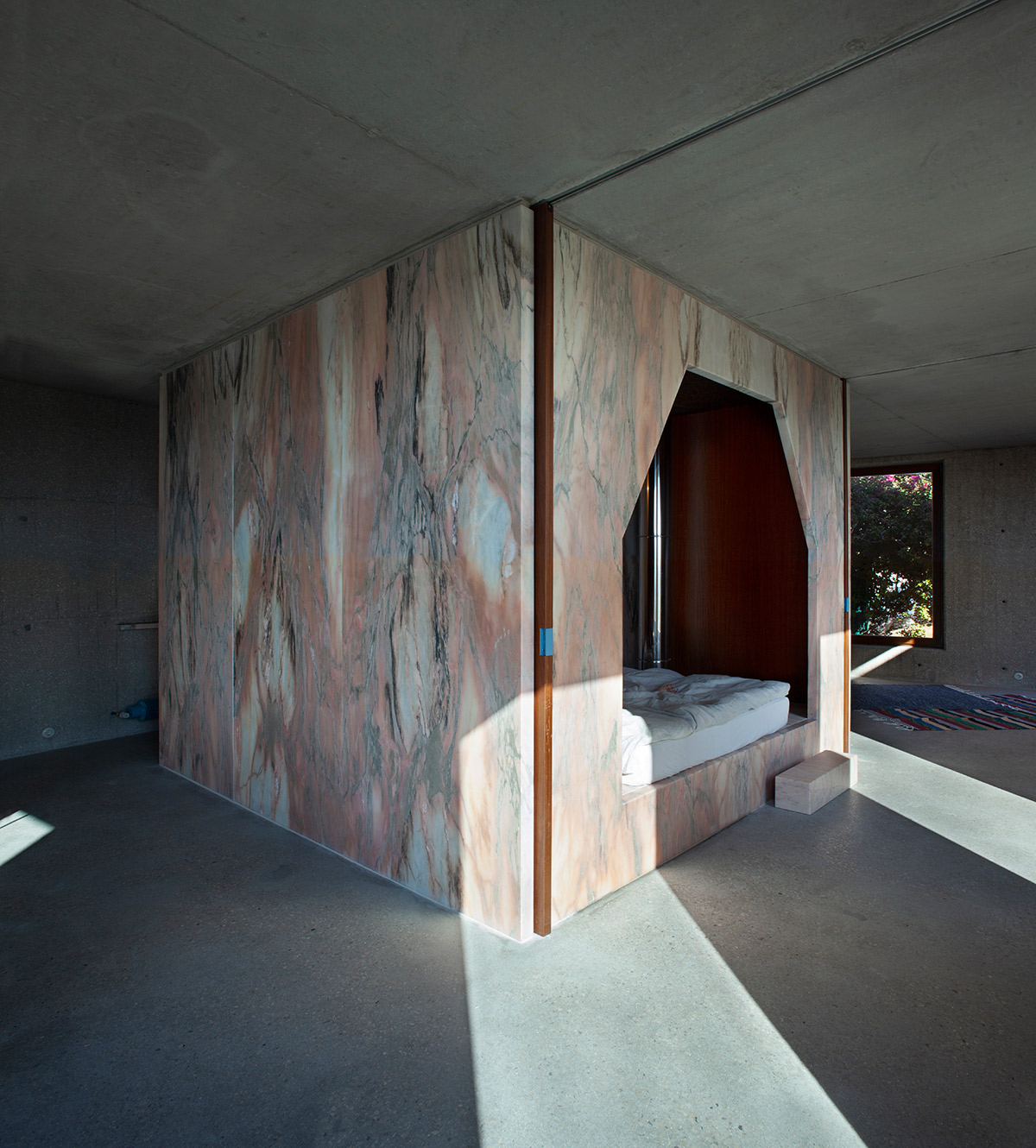 Founded in 1147 by the Augustinians and rebuilt after the 1755 earthquake, the chapel of Nossa Senhora do Monte dominates the city of Lisbon. The popular neighbourhood that developed around the historic hermitage extends up the steep hill on which the chapel stands; over time, many of these houses, accessible only by narrow steps, have been abandoned. One such property – reduced to rubble – was entirely rebuilt. While the white façade was preserved in its entirety with the regular rhythm of doors and windows, work implemented from the inside created three storeys with larger volumes that play with light and views.

The double-height spaces ensure breathing and communication between the floors, creating a fluid, unified environment that focuses on a central core with the basic needs of living – beds, showers, kitchen and equipment – and a fireplace on the lower level which conveys heat to the other floors. The variations in the ground plan of the central core on each level articulate the morphology, thereby allowing multipurpose use of the spaces around it. 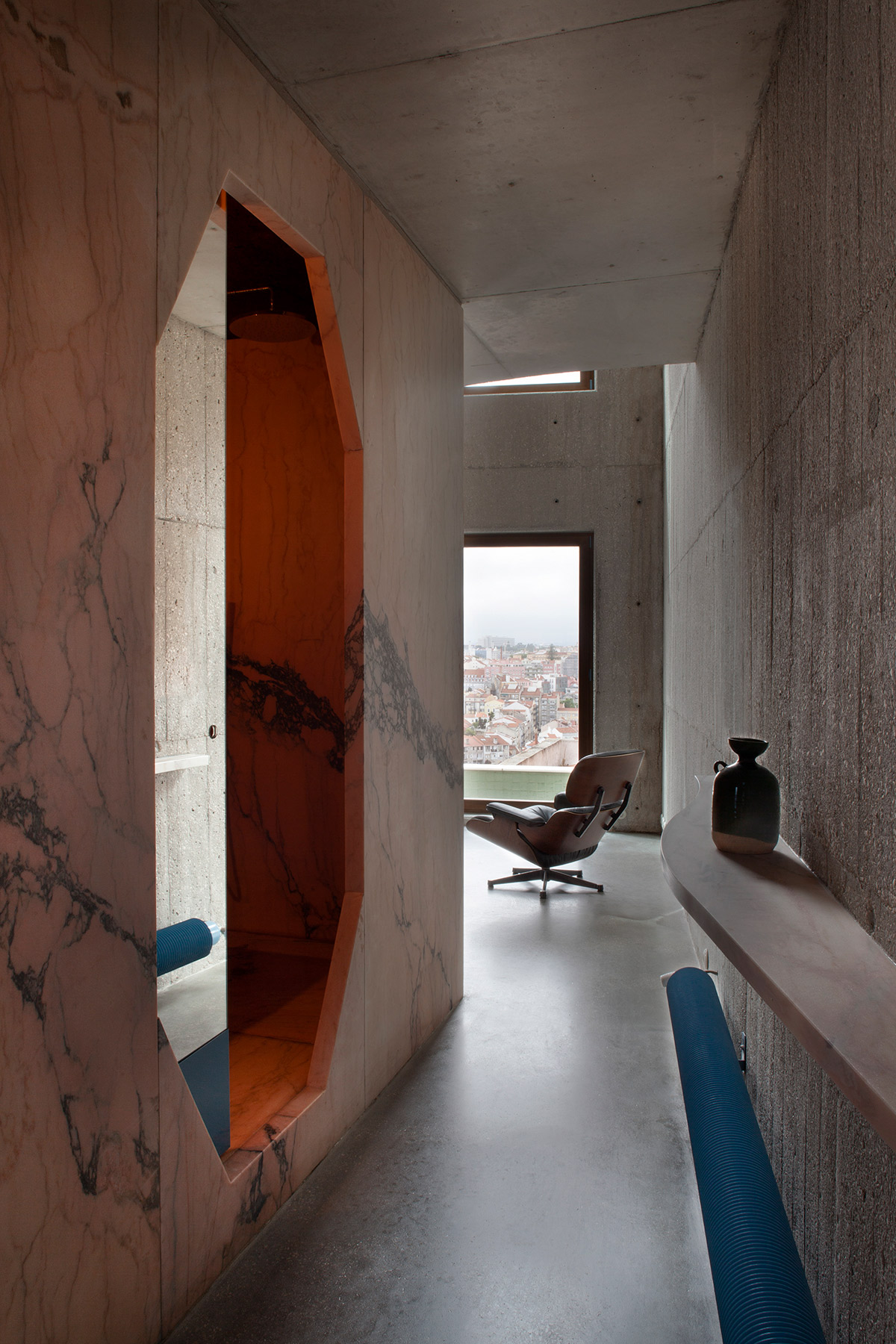 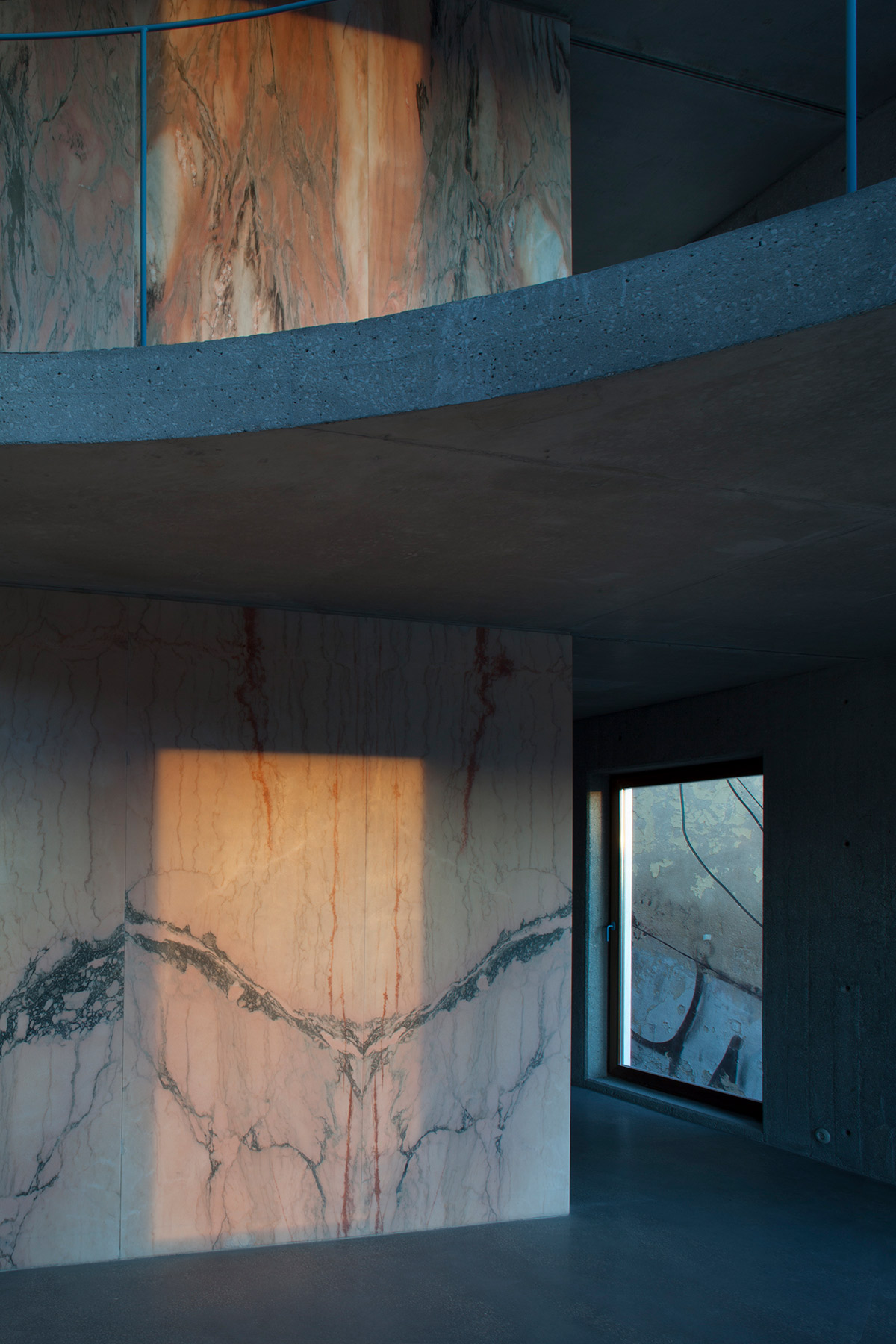 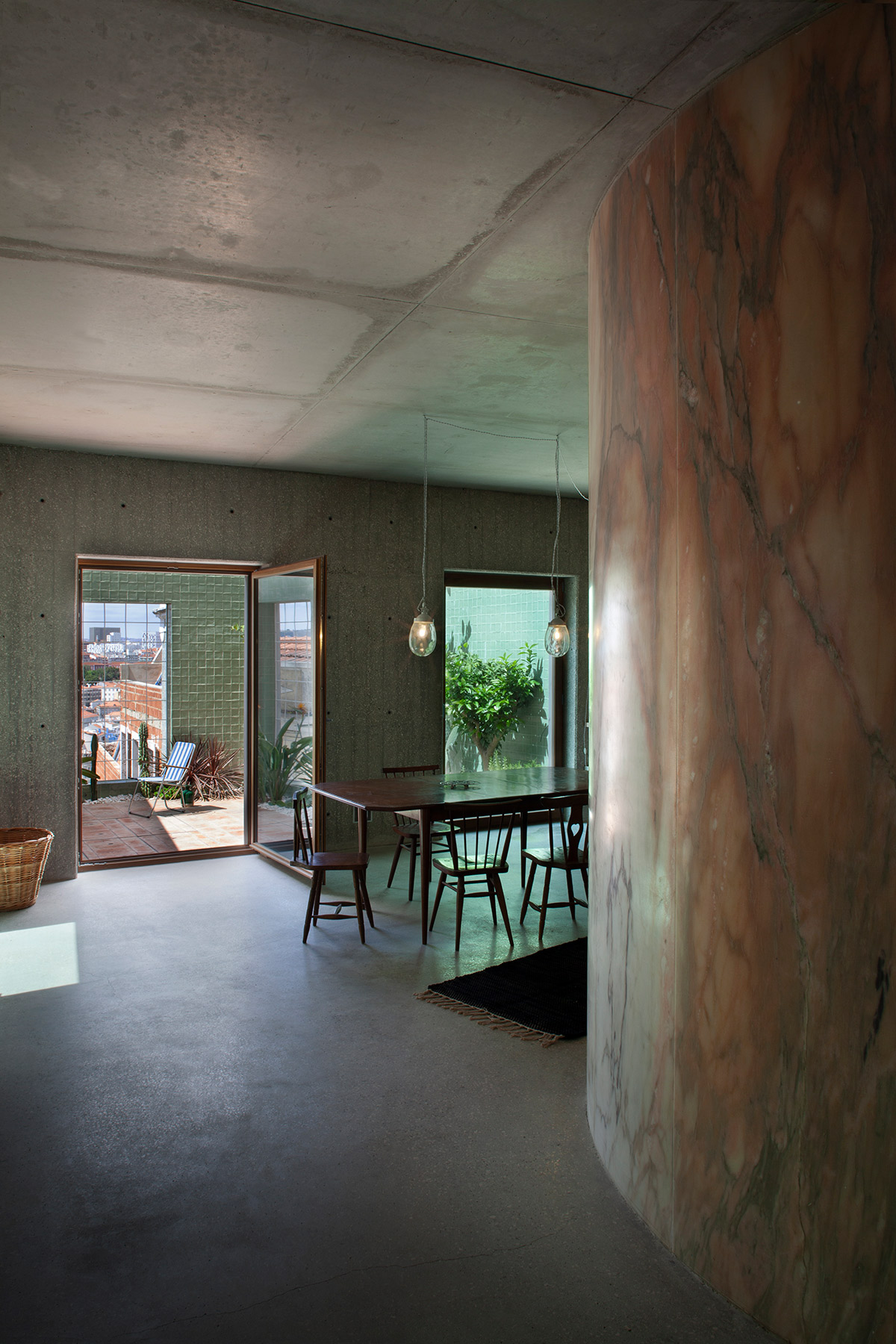 The house is built using essential materials: the internal wall structure in bare concrete contrasts with the central core, implemented using large slabs of a local variety of pink and white marble from the nearby Estremoz quarry. The same material is used for shelves, shelving and fixed furniture, thereby minimizing the need for other items of furniture. A number of curtains in delicate fabric are used to divide spaces in a flexible manner, while sliding wooden shutters in the central portion ensure necessary intimacy for the rooms. 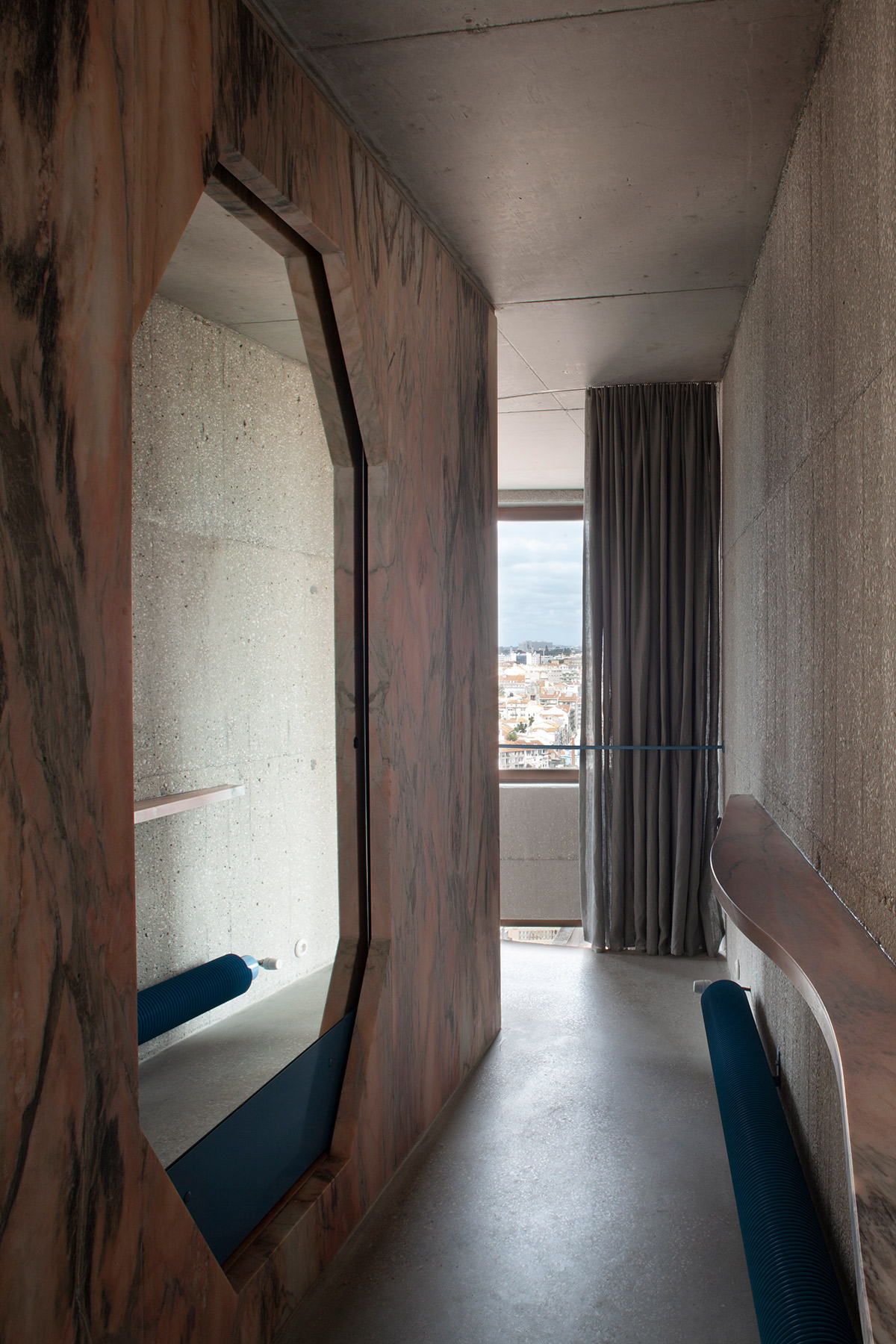 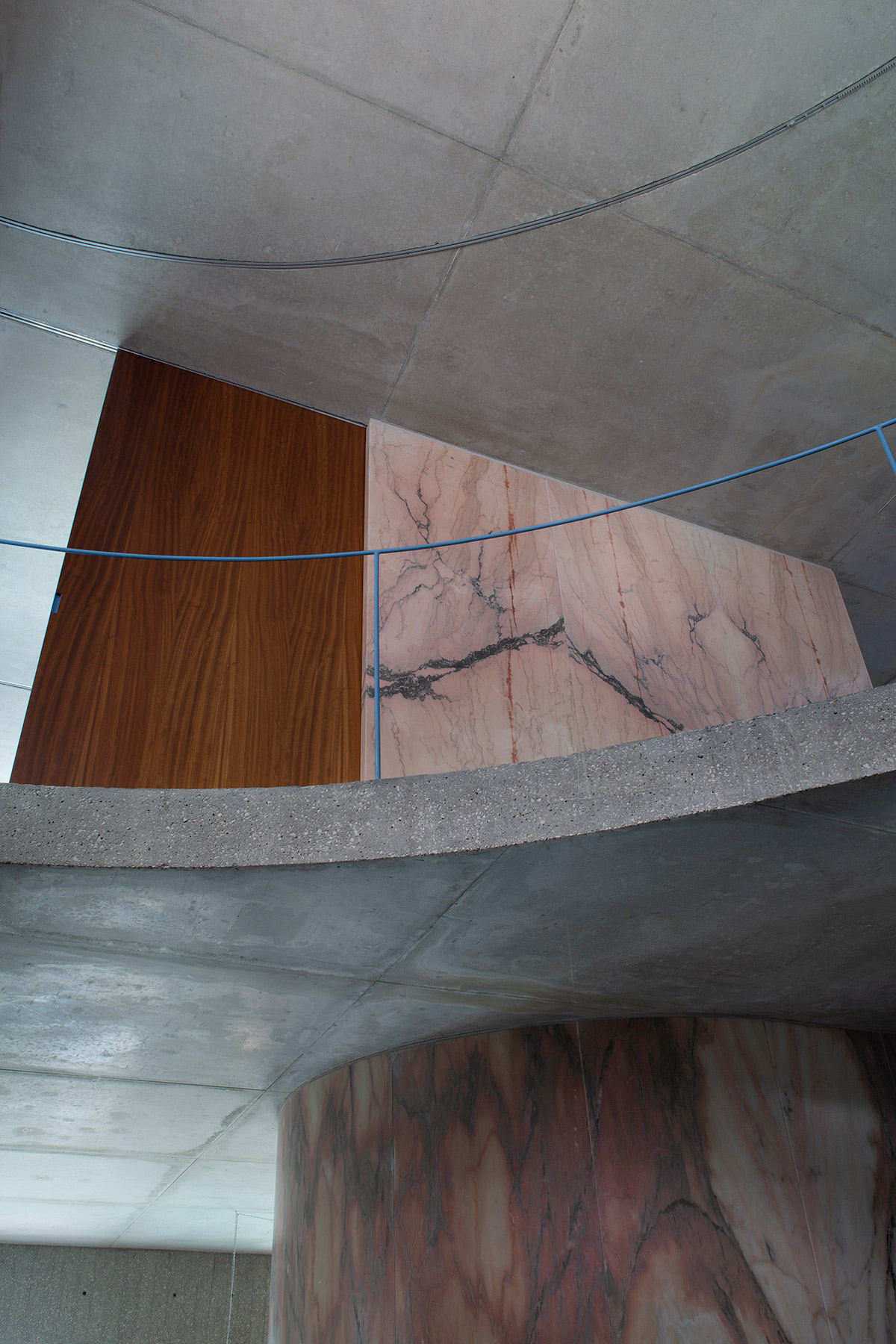 On the lower level, a small patio offers a colourful yet generously shaded outdoor room open to the sky over Lisbon; the walls of the patio are finished with traditional local azulejos tiles. A spiral staircase connects the three levels of the house. It goes up to the roof terrace where, surrounded by the blue waters of the pool, the floor in white marble ensures a panoramic view of the seemingly endless urban landscape. Three umbrella-like pines, reminiscent of those planted by monks in front of the chapel of Nossa Senhora do Monte, provide shade during the hottest times of day. 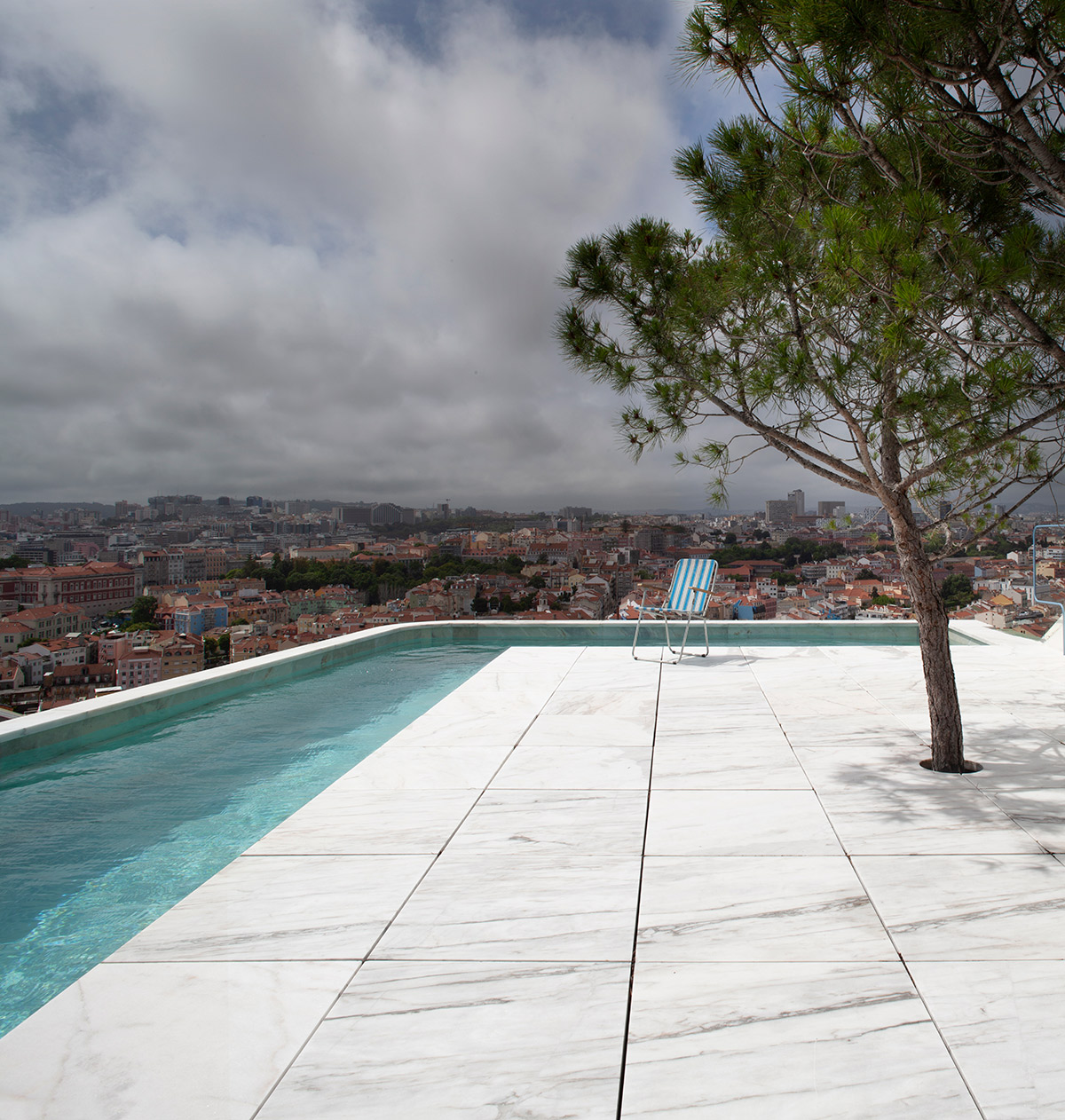 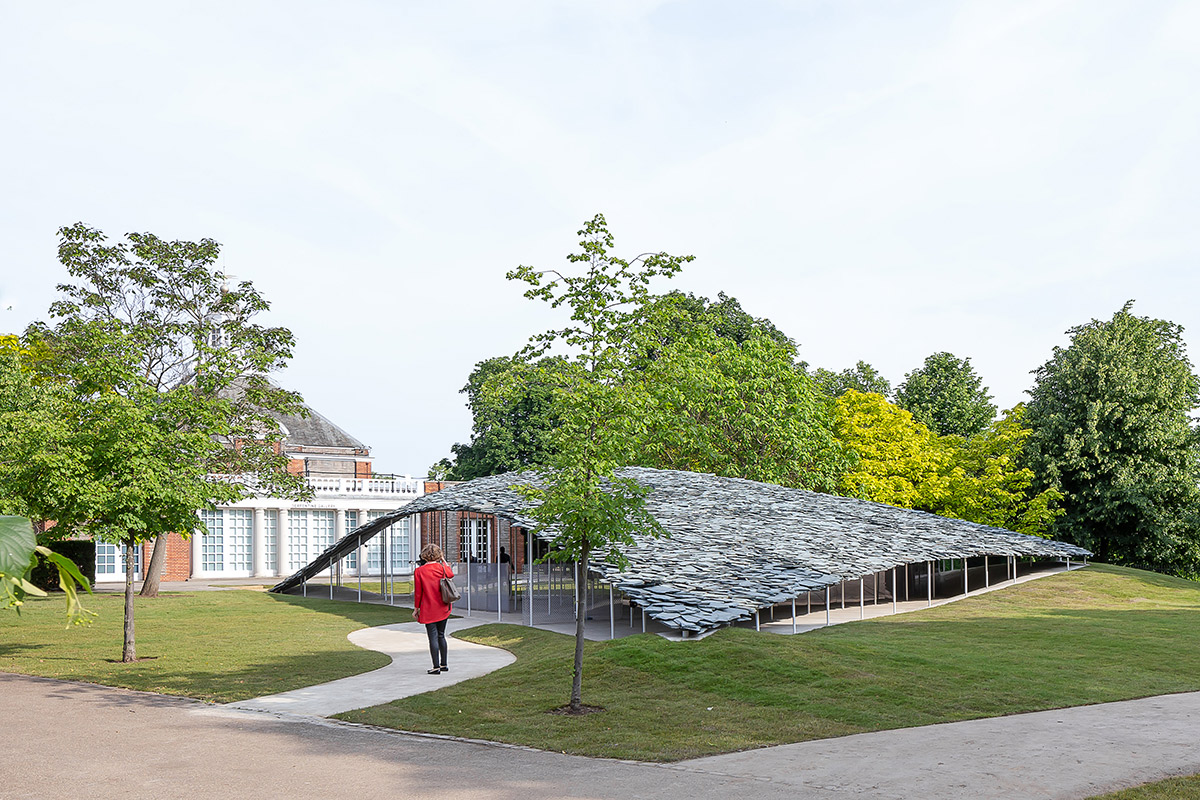 Trends 2022: The use of marble for kitchen countertops 

How to decor a contemporary-style setting with black marble

Hotel & Marble: The Use of Marble in Luxury Hotels