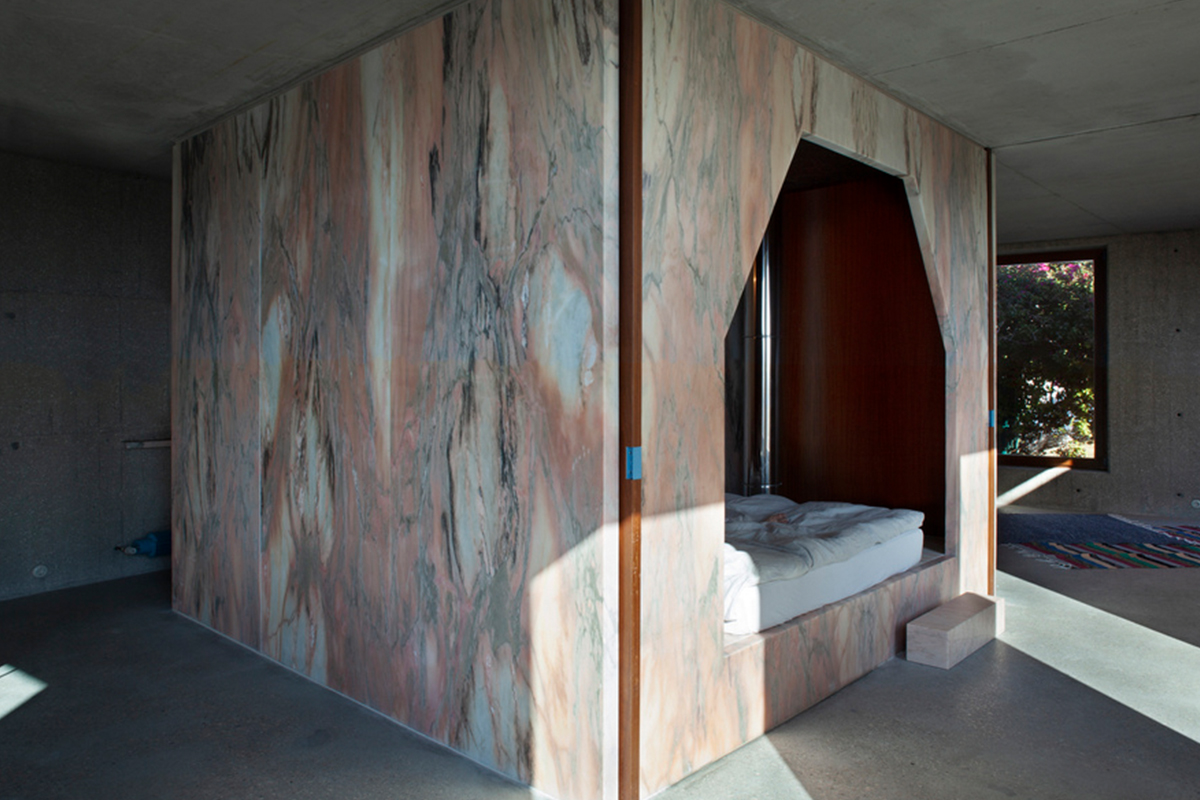 Pink marble is one of the top choices in interior design and architecture when it comes to giving life to elegant and delicate space, with a “retro” touch that well matches the most classic styles.

However, it is also perfect for more modern buildings to create original and impactful spaces, as demonstrated by the Casa do Monte in Lisbon, made by Leopold Banchini Architects. Here is what to know about this house and the creative use of pink marble, which is one of the most famous varieties of marble that you can find in Portugal!

the project: Casa do Monte

A “core” of pink marble at the center of the house, extending from the lower floor to the upper one to create a solid and impactful view: this is the main element of the Casa do Monte (also known as “Hill House”) designed by the architect Daniel Zamarbide and the Leopold Banchini Architects studio in Lisbon, right on top of one of the typical hills of the Portuguese capital. As a result of the restoration work of an abandoned building, this three-story house has a simple white facade outside, similar to those of the surrounding buildings.

It is the interior though that inspires awe, due to a single block of pink marble that occupies the center of the house on all its three floors. Inside this “core” we find some essential elements such as the fireplace, the kitchen tops, a bathroom and even a bed, while outside the rooms are minimal and create an airy open-space which presents a harmonious contrast with the “solidity” of marble.

“The regular rhythm of the white facade of the building is preserved, but the interiors are carved to create larger volumes and play on light and views,” said the Leopold Banchini Architects studio. The square walls have numerous windows that naturally enlighten the house; if necessary, they can be closed with curtains. The three floors are connected by a central blue staircase, which leads up to the terrace, where there is also a panoramic swimming pool. The combination of colors (also in furniture) and “raw” materials, the game of joints and chiaroscuro, make Casa do Monte an extraordinary example of “concrete” and contemporary building. 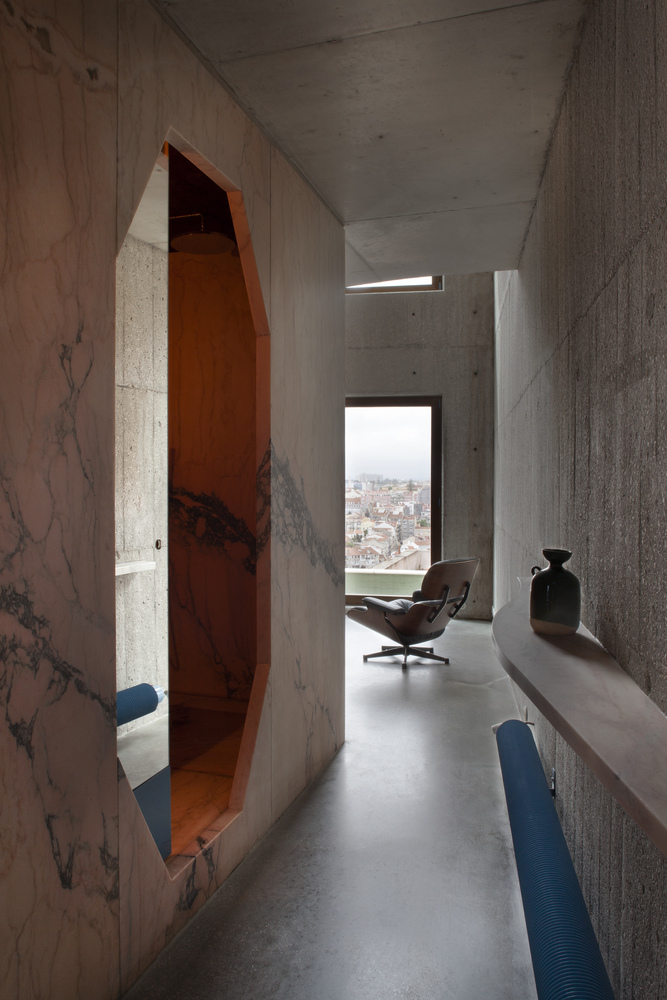 Not far from Casa do Monte, we find the Estremoz quarries, which provide 85% of the marble exported from Portugal. The most valuable varieties are white and pink: among the latter, we find the Rosa Aurora and the Rosa Estremoz. The first has a very delicate and uniform pink shade, which is interrupted by light beige or pink veins. It is perfect for floors, coating, washbasins, tubs, kitchen countertops and stairs, and it adds an elegant and bright touch to the rooms. The second is a refined cream-colored grained marble with pale pink veins and it is widely used for indoor spaces with a modern touch.

Portugal’s pink marble is a versatile, refined and valuable stone, and the finishes that best suit it is polishing, bush-hammering, and blasting. 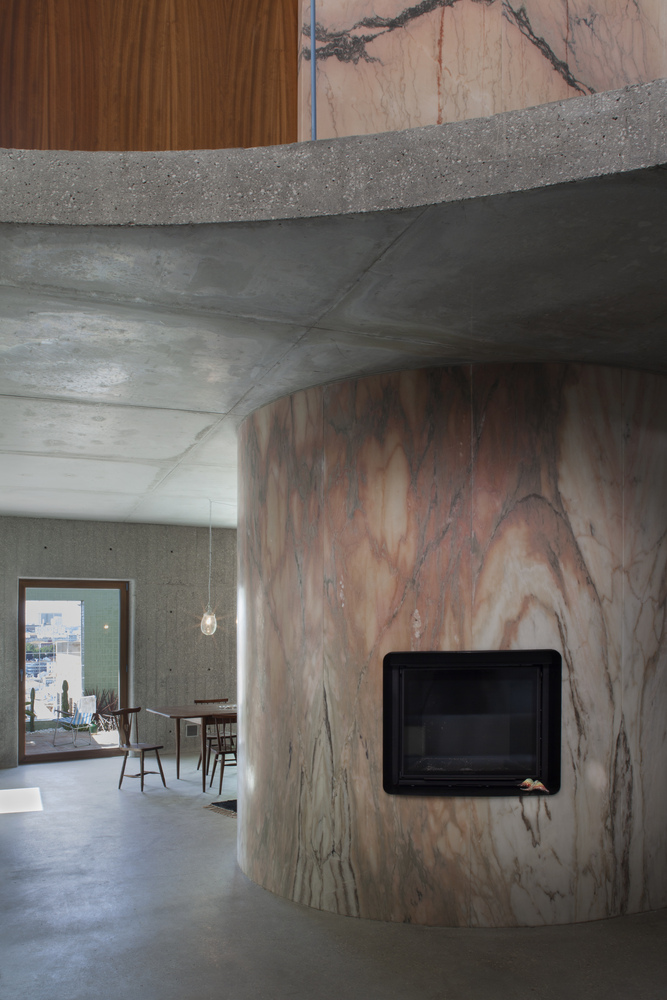 Leopold Banchini Architects studio was founded in 2017 by Leopoldo Banchini and is based in Geneva, Switzerland. Born from the young architect’s desire to follow his instincts and inspirations, the multidisciplinary team deals with exploring the boundaries of space and possible shapes, seeking eclectic solutions without borders. Between respect for history and classicism and the aspiration for creativity, the studio’s projects are characterized by an original and experimental use of shapes, colors, and materials, giving life to surprising results. 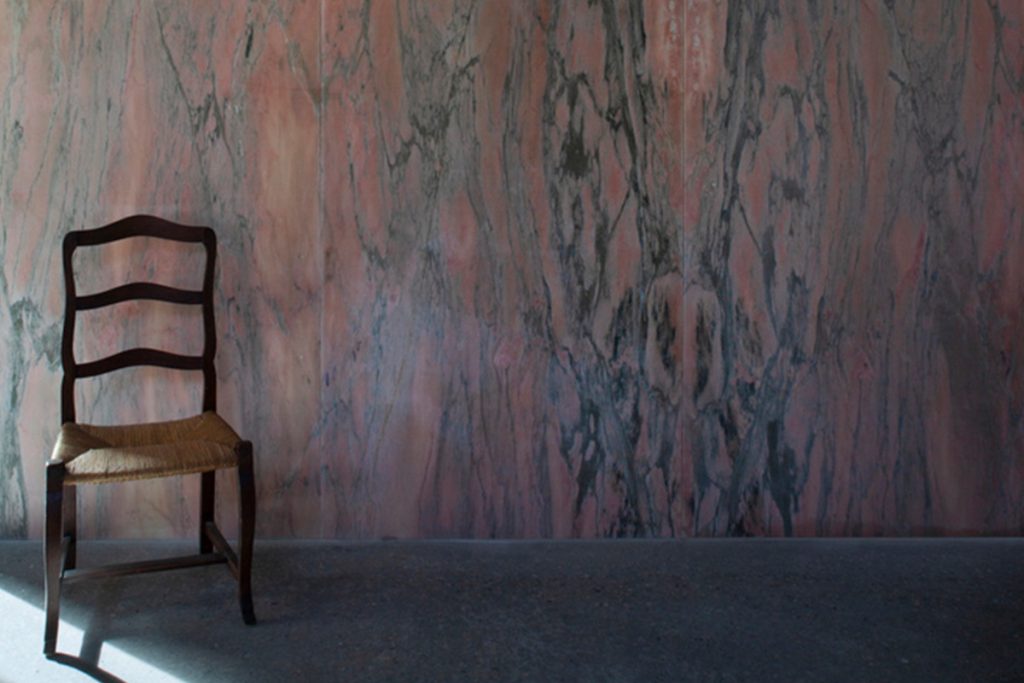