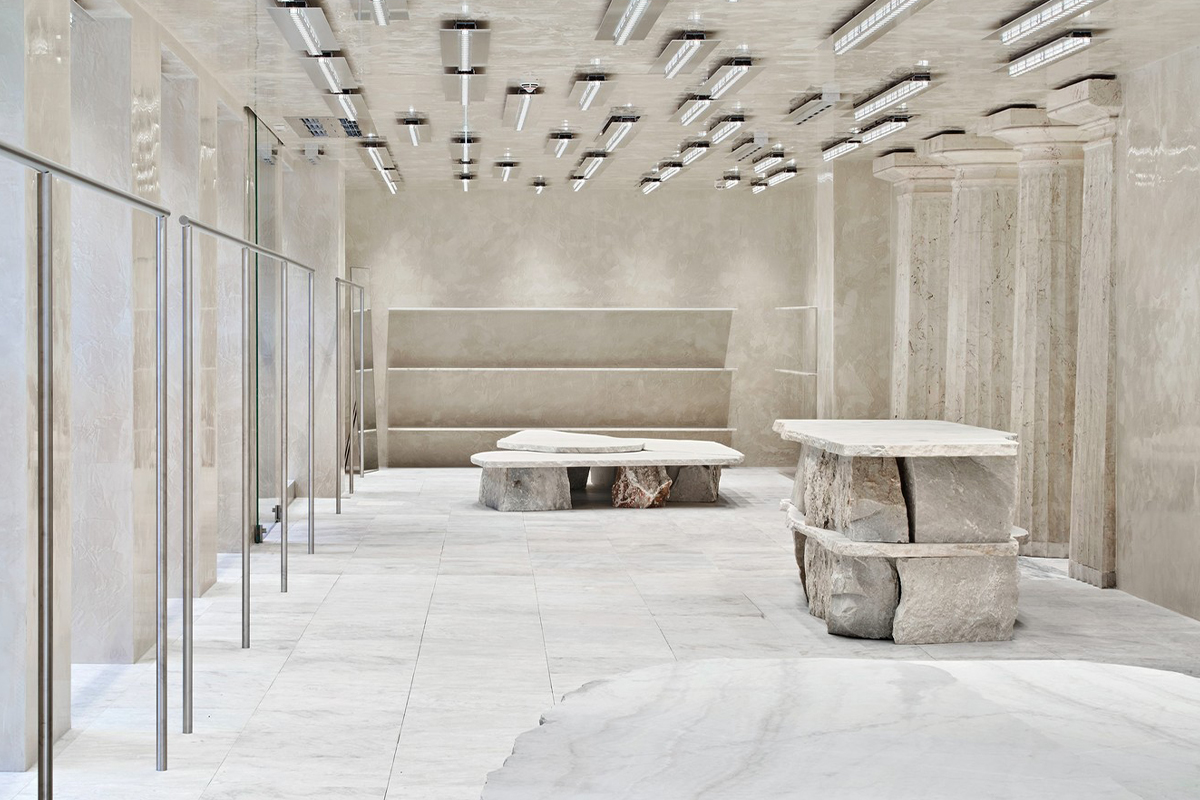 Marble and design, marble and fashion: these are only two out of the many possible combinations between marble and its possible applications, but they are also two combinations that, over time, have given life to incredible artworks, both classical and modern.

A further confirmation on the success of this medley of inspirations is the store of the brand Acne Studios in Stockholm, designed by the Arquitectura-G studio. A space entirely dominated by white marble, emphasizing its simple, but always effective beauty. Here’s everything you need to know about it!

Acne Studios is a Scandinavian clothing brand that spread this kind of style through the whole world, making out of minimalism and the passion for arts its two strong points. A passion that also includes architecture and led the brand to build, all over the world, several stores always characterize by a recognizable and impactful aesthetic, where fashion and design cross paths, originating a unique experience for the customers. The same philosophy also applies to the new store in Stockholm, inaugurated in 2020: the store was built no less than in the place of a former bank in Norrmalmstorg, precisely the Sveriges Kreditbanken. Here, in 1973, the very first case of Stockholm Syndrome took place: during a robbery, Jan-Erik Olsson and Clark Olofsson held hostage four people for 130 hours, at the end of which the hostages took their sides, refusing to collaborate with the police. Today, instead, the 400 m2 place is a combination of original portions (neoclassic style) and recent ones, giving life to a project where candor reigns supreme, and white marble highlights them, featured in every single elment of the setting, from the floors to the walls, from the stands to the furniture items. ”It’s a temple. To me, a temple is a place that doesn’t belong to anyone but is owned by everybody. It’s part of our history but also of our future. This is how I see our monumental flagship store in Stockholm,” said Jonny Johansson, Acne Studio’s creative director. The store is made of three interconnected rooms, divided by a series of columns: everything strictly in marble, strictly monochromatic, strictly minimal. 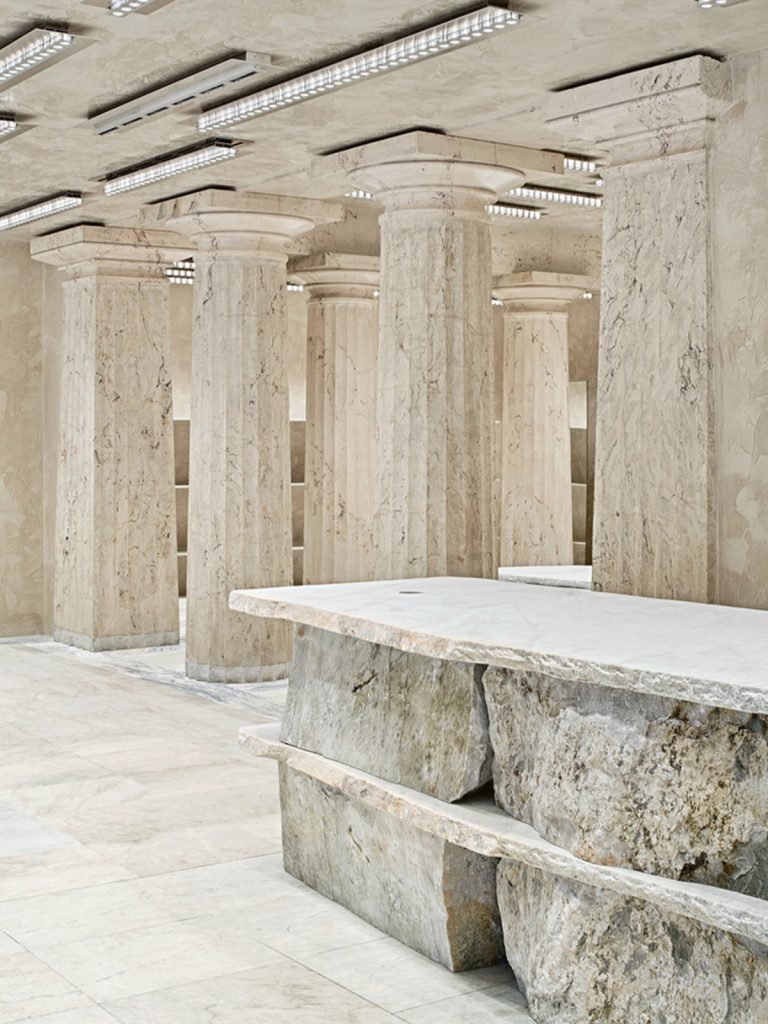 To emphasize the wideness of the spaces and celebrate the Scandinavian style that is typical of the brand, the Acne Studio store in Stockholm is covered with white marble in every single part: the most appreciated type when you need to highlight the pureness of an environment or a design object, and extremely versatile in adapting very well to classic and modern applications, in a journey that, from ancient statues, brought him towards modern-day design. The type used for this project is Ekeberg marble, a white marble extracted in Sweden, whose name comes from Ekebergparken, the sculpture park located near Oslo. With its smooth surface and luminous finish, this marble is perfect for walls and floors, particularly in bathrooms, kitchens and lobbies, but it also works very well in outdoor areas, for garden items. Furthermore, as proved by this project, it is also perfect for public purposes, such as stores, in fact. 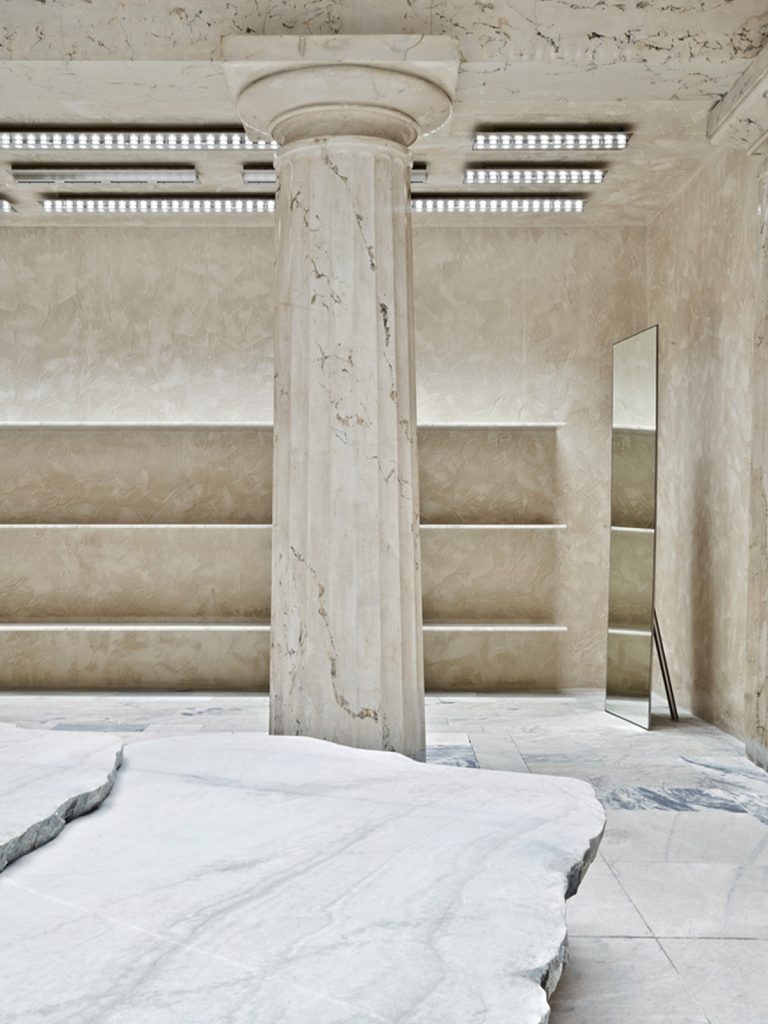 The project was undertaken by the Arquitectura-G studio, located in Barcelona. Founded in 2006 by Jonathan Arnabat, Jordi Ayala-Bril, Aitor Fuentes and Igor Urdanpilleta, it mainly deals with architectural solutions and, specifically, in the renovation of historical artworks, respecting their history and, at the same time, making them contemporary. The pieces of furniture located inside the store (like tables, stands and podiums) were created, instead, by furniture designer Max Lamb. 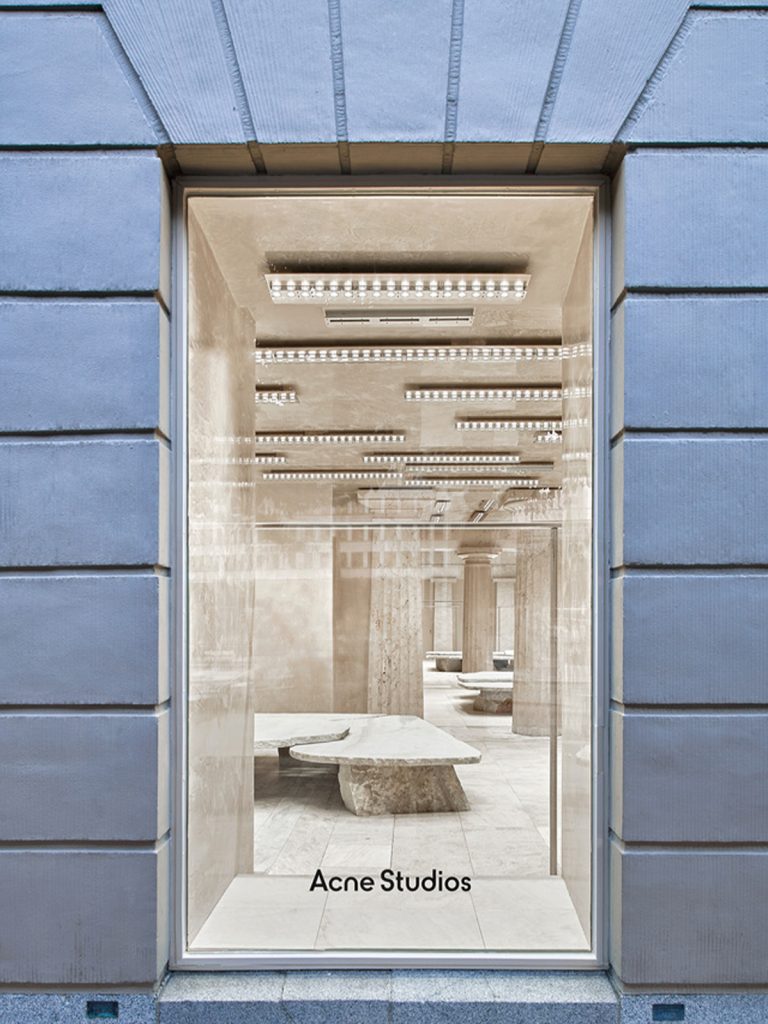 In the shade of granite