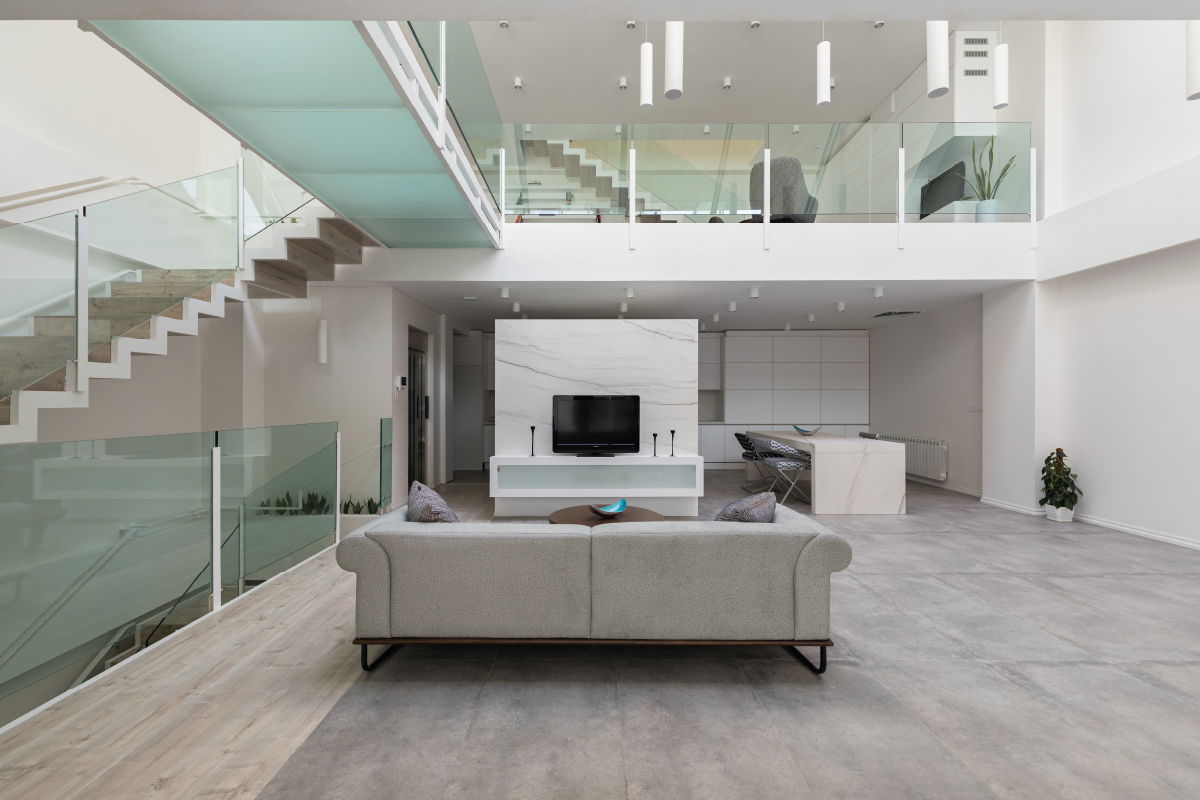 Hamedan is the oldest city in Iran and was a must-see on the Silk Road.

The commercial imprint, the bazaar, and the neighborhoods dedicated to various activities also influenced urban development until the 1920s when Karl Frish, a German modernist architect, designed a radial master plan with six converging streets.

Subsequently, other regulatory programs modified the city’s layout by imposing a series of constraints on the buildings, which find themselves having openings only on two sides of the building and sometimes on only one. In north-facing houses, lighting is provided from the surface of the courtyard and the space at the end, which often offers unflattering light to the posterior areas. The main problem of the project Inside Out Rafiee House became: how can the natural lighting be shed into the living spaces of these houses directly and effectively?

Moving the vertical space of the roof light to the center of the house and connecting it to another horizontal space that is like a porch in traditional one-sided houses in Hamedan – such as Ghazanfari and Sharifi houses – as a semi-open space that brings light to the heart of the home, the main question was answered: directing all the main rooms towards this central space at the heart of the building and creation of an internal space directed towards the outside and obtaining the maximum natural light. What is conveyed through reviewing the relationship between the inside and outside: the blurring of the definite concept of the outside in the semi-enclosed space of the heart of the project and the disappearance of the actual distinction between inside and outside of the house and its transformation into a vague dialectic. In addition to the skillful use of volumes, brightness is also offered by choice of materials. Natural stone has been used as the primary covering material: groove granite stone has been used to cover the exterior of the courtyard wall, unpolished granite stone and travertine have been used to cover the courtyard, white travertine stone with Hondo polish has been used for the main facade, and raw orange travertine stone used for the space in the middle. 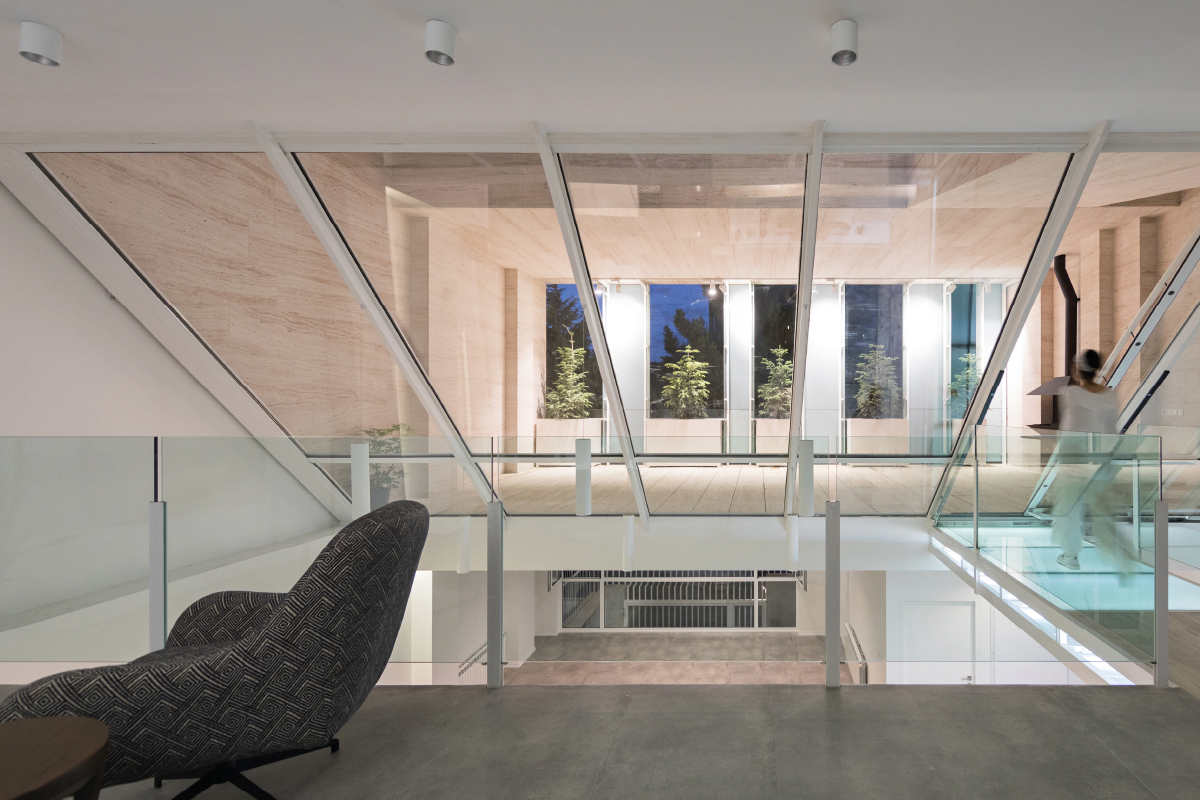 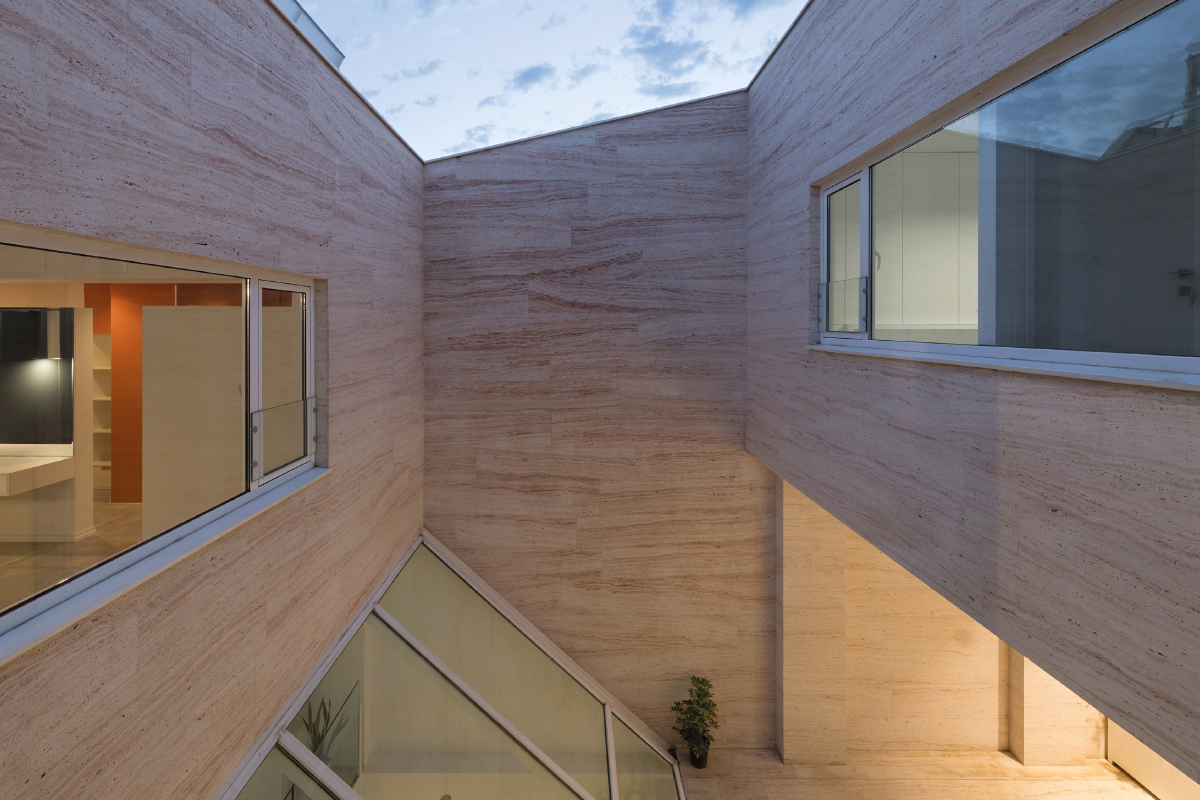 Ristorante d’Autore “Rosso Verona” revealed the names of the chefs