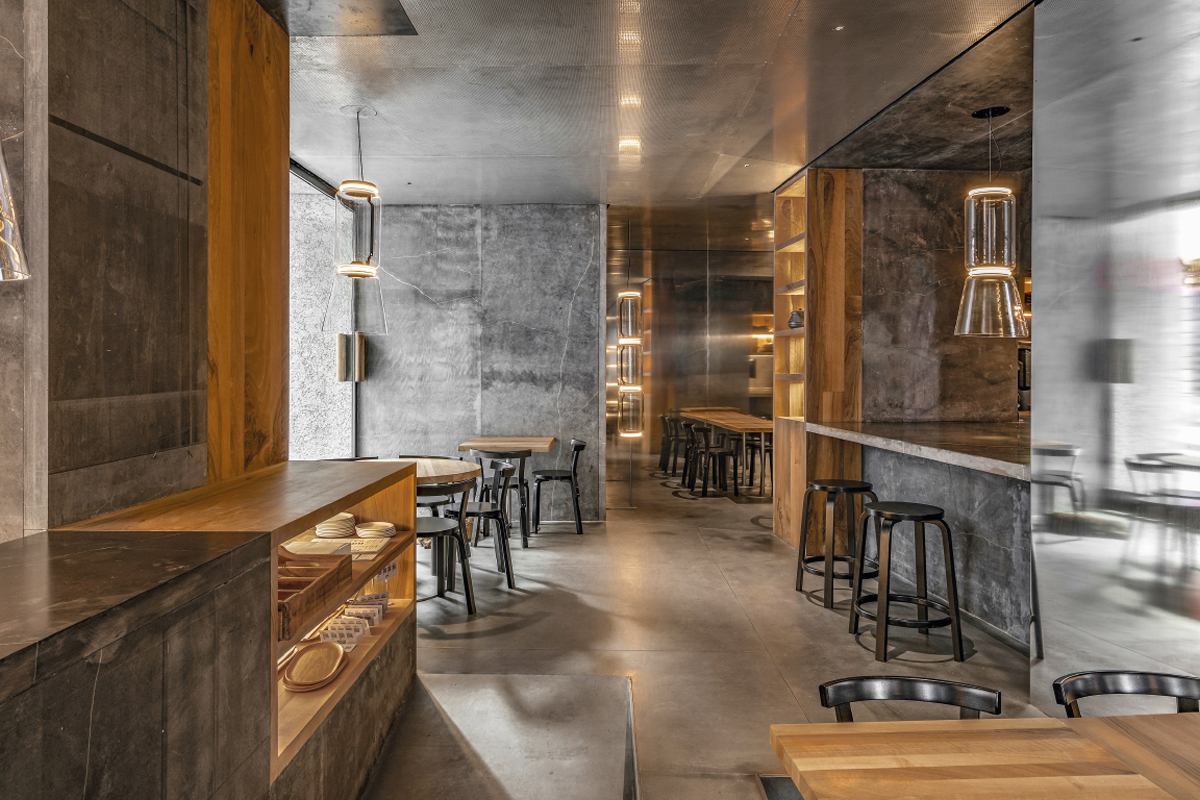 A New York corner in the heart of the Spanish Costa Blanca.

Thickness is the word that would define the proposal and the “raw” presence of the material responsible for building its friendly atmosphere. Five large blocks of stone, which seem to float, make a fluctuating “magma”. Space, alongside polished steel, escapes between these stones towards infinity, as if, once inside the premises, you could lose yourself beyond its limits and escape into nothingness. In addition to articulating the space, these powerful blocks take you to heart, hide the structural elements and contain all the necessary machinery for the restaurant to work.

The “cavern”, the last name of this restaurant, is now a “magic box” that maintains the “soul” of the place. The building dating back to the end of the 19th century, had no plans preserved; therefore, the intervention of the facade is the result of an almost archaeological investigation to discover its origin and re-establish the closest thing to the original building could have been. The façade has been cleaned of foreign elements, hollows have been restored following the traces of the old wooden landings, the lost massifs have been rebuilt following the laws of the building, and a lime mortar has been laid that worthily recovers the base of the building. In this way, the façade is closer to the massive appearance of the time of its construction, restoring the power of the original image, as well as the slenderness of the openings, so characteristic of the ground floors of historical architecture from Alicante. 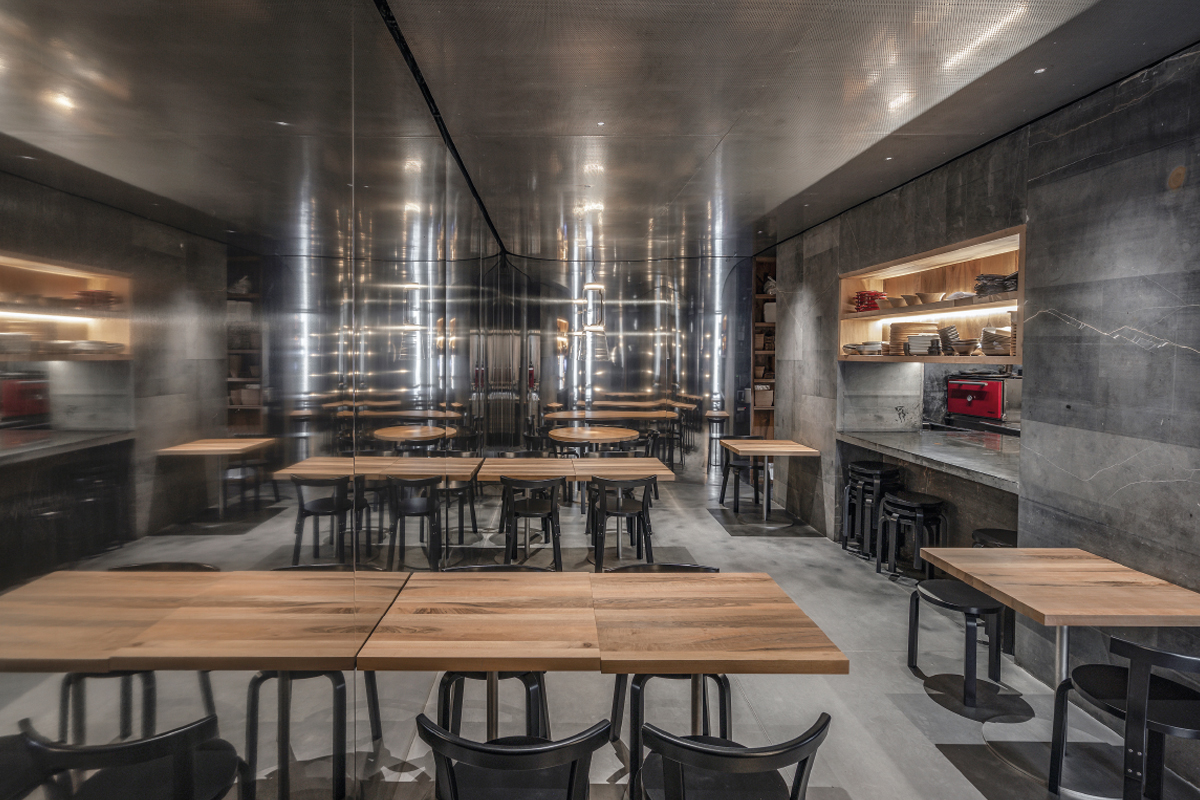 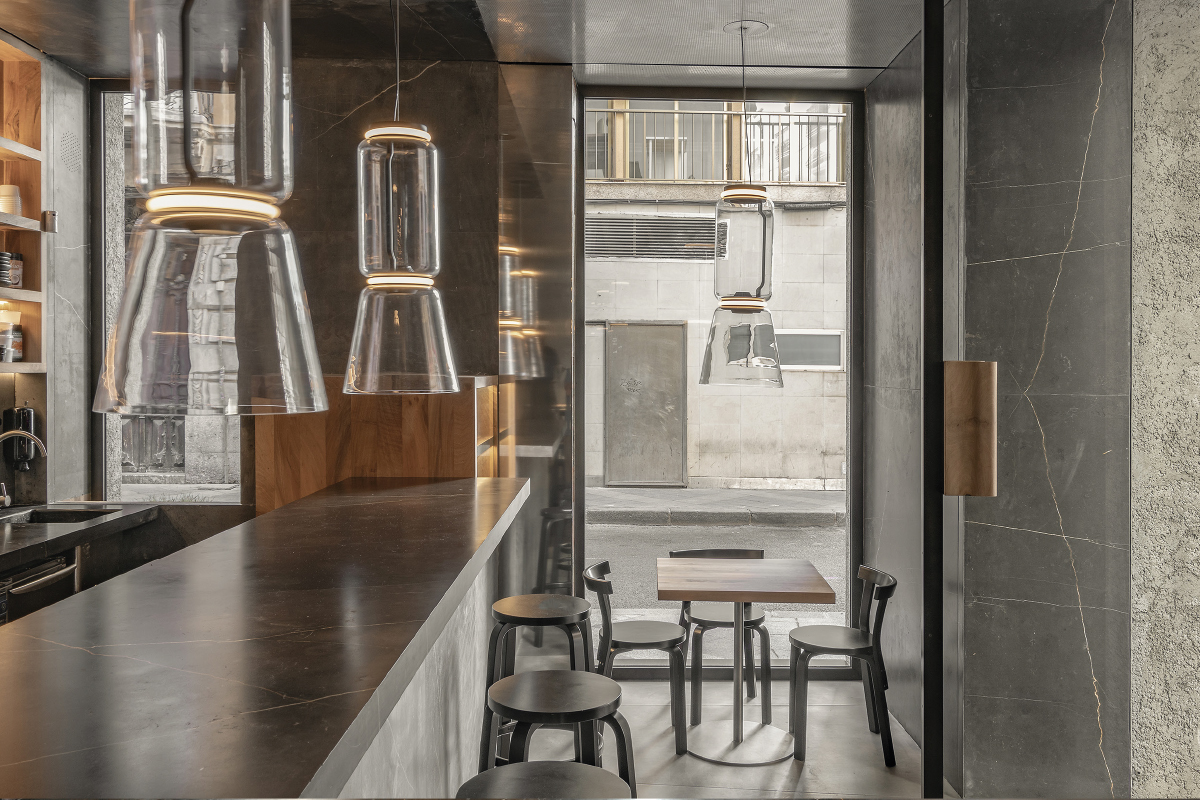 Between the forest and the undergrowth: poetics compared