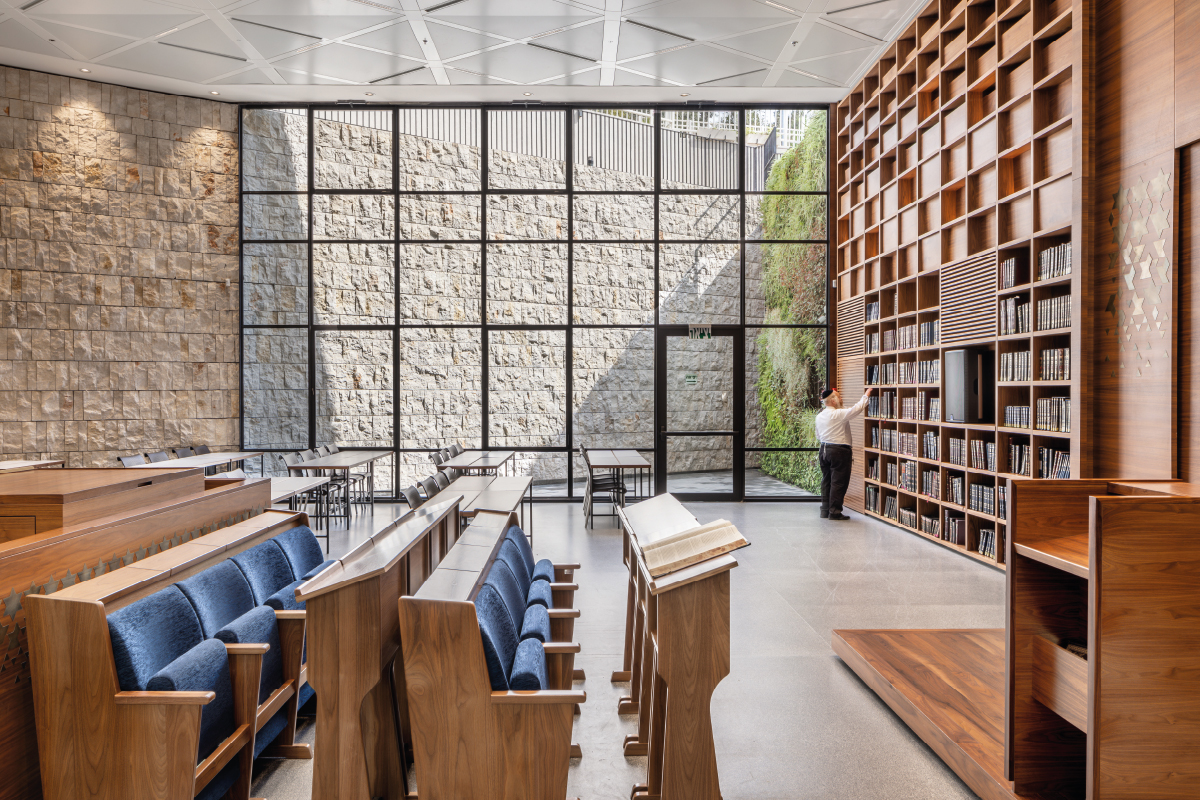 Jerusalem is called the “golden city“, not only for the golden dome that dominates it but also for its sunsets reflected by the stone of the buildings. Also built in stone is the Beit Midrash, a spiritual seminary for Jewish studies.

In Hebrew, ‘Beit – Midrash‘ means learning house. The design concept of this project explores the correlation between Israeli architecture and the environment and the Jewish culture and heritage. The formal study of the Torah (Jewish religious scriptures) involves many hours of reading throughout the day, resulting in the need for a well-lit and pleasant space for the students. Unfortunately, the neighbors objected to a new building above ground, forcing the architects to create a solution for the main study hall below ground. Since the entire arena is underground, bringing in natural light and illuminating the space was this project’s main challenge and focus. This was done by using sunken patios and high windows, maximizing the entrance of light through the flanks of the structure. Keeping the northern wall of the excavation in the ground, along 70 meters on the boundary of the plot, as close as possible to a wall curved in the natural rock was obtained by cladding the wall with cracked stone, on which there are no chisel marks on it. The floor-to-ceiling wooden bookshelves wrap the interior walls of the central space, seemingly bearing the weight of the ceiling on books while enhancing the study atmosphere. The perforated and folded metal partition, dividing men and women (as customary in these types of religious establishments), works as a “veil,” creating a visual disconnect within the space without blocking it up. The ‘Star of David‘ symbol is the central motif in this wall of light. The main entrance gate to the seminary is the only street-level element in the project, revealing what lies beneath; thus, to celebrate its presence in the public space, the entire gate is constructed out of Hebrew letters, words taken from the ancient scriptures. 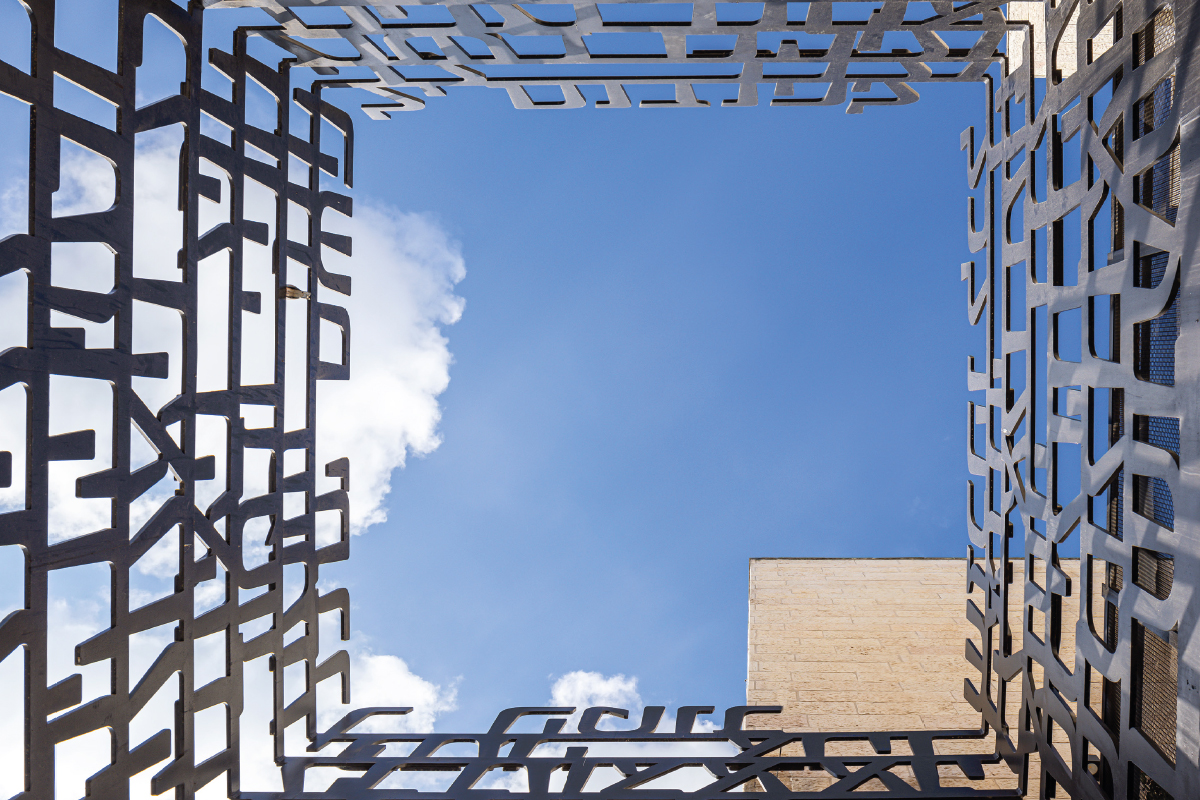 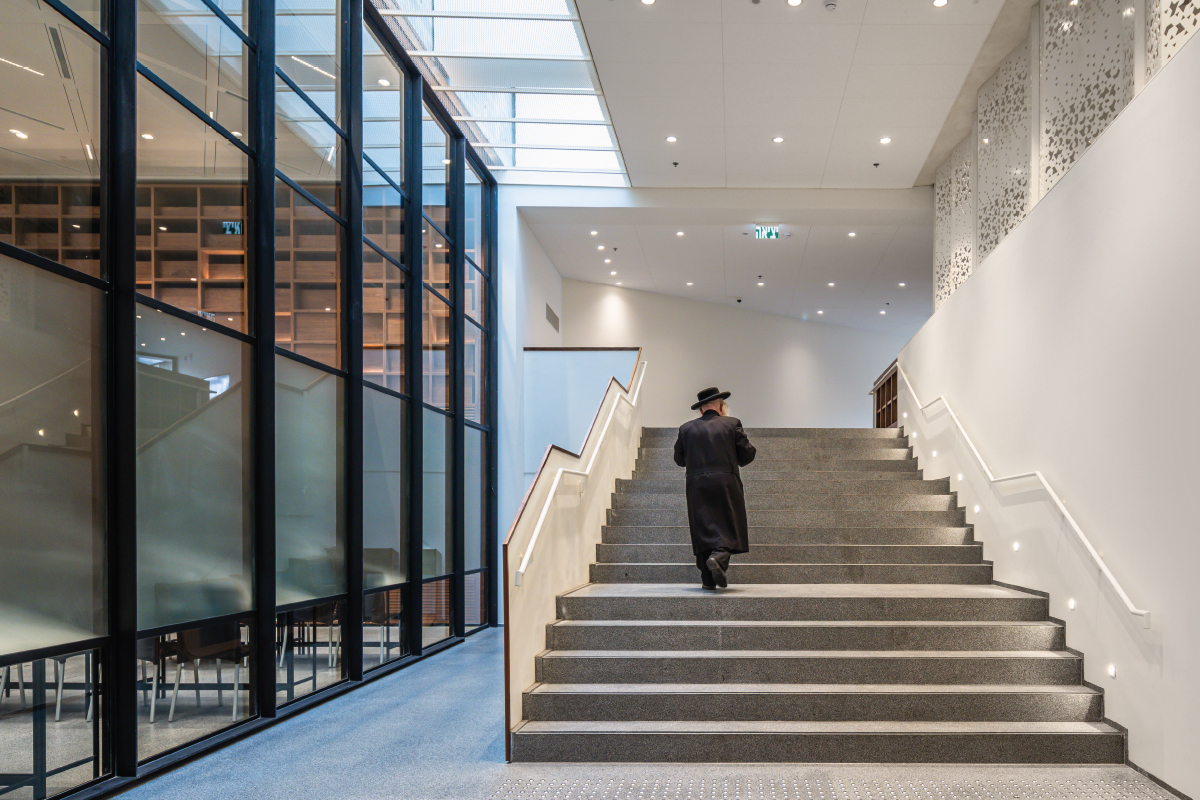