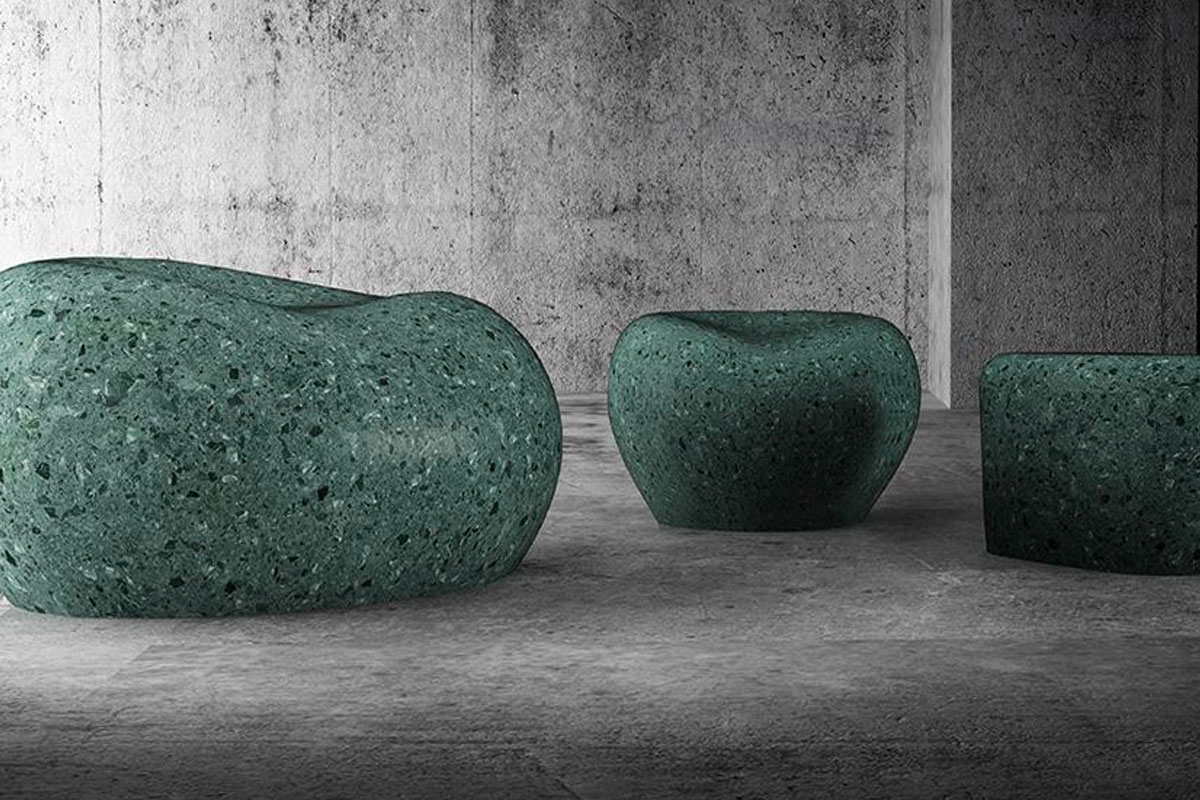 Marble mission for designers and companies within the Brand & Stone exhibition.

Pairings involving several prestigious brands in the furniture industry alongside companies in the marble and stone processing field, the Brand & Stone exhibition – curated by architect Giorgio Canale based on a concept by Danilo Di Michele – offers The Italian Stone Theatre a new point of view within the panorama proposed every year at Marmomac. As is also the case in the fashion world, high-end furniture brands convey a concept of luxury and exclusivity in their own right. Luxury is independent of the economy of means as regard ends and production rationale: luxury is an ostentation of wealth, a display of uniqueness. It is therefore within the logical scope of elite production that marble is used to reproduce certain furnishing elements designed by prestigious design studios for the international brands taking part in the exhibition. All this is made possible by the masterful skills of sector companies attending Marmomac that accepted the mission impossible to develop, in an experimental manner, objects originally designed for different materials. The feasibility of stone material as regards form is a conquest achieved thanks to modern technology, capable of once unthinkable virtuosity: this is why the objects on show, carved as if works of art thanks to the characteristics of natural stone, stand proud in the design field for their technical mass production potential, as limited as it may be. 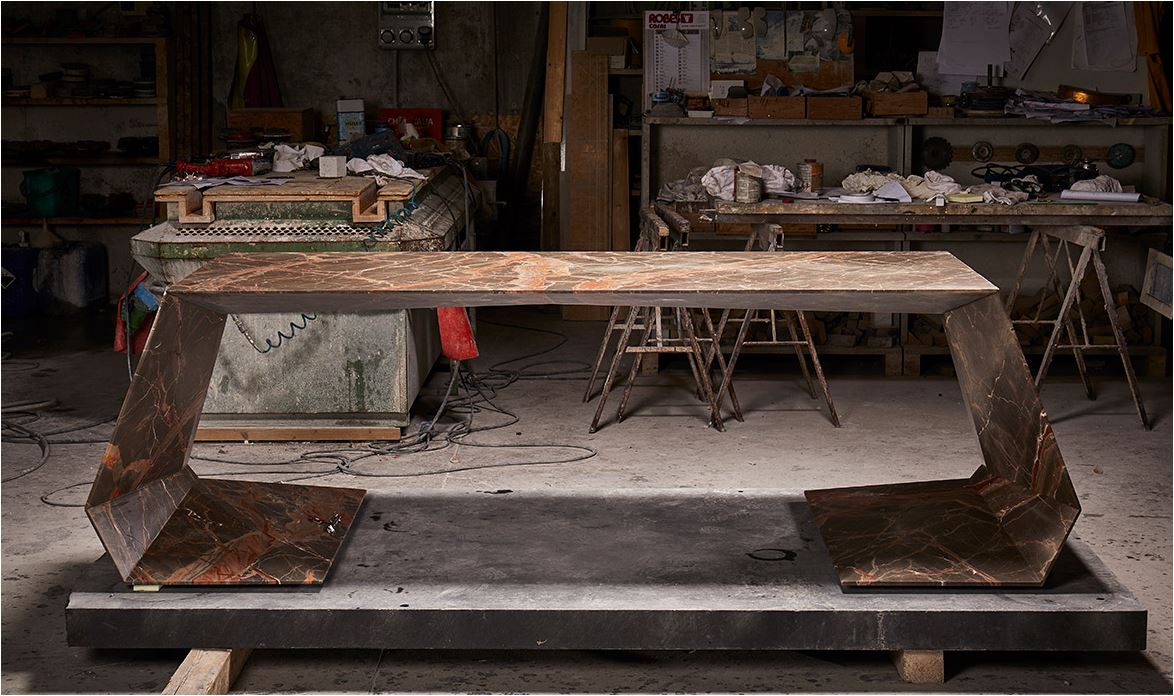 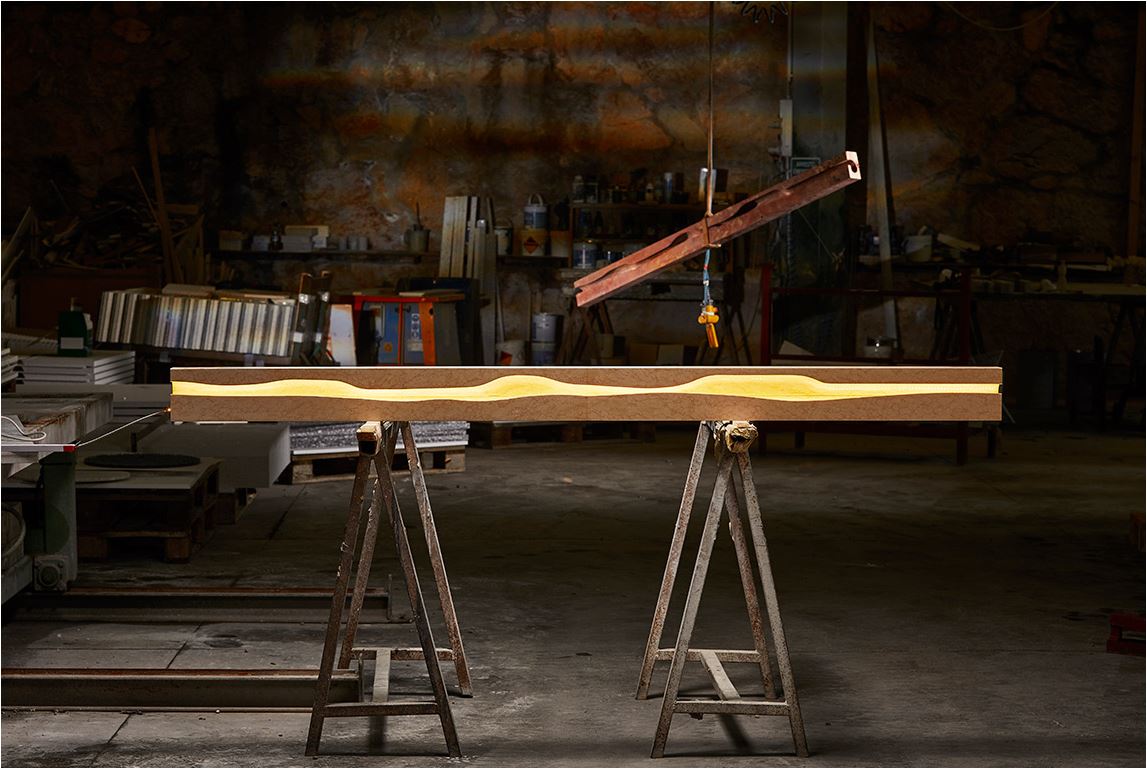 We consequently find the Carve armchair by Paola Navone for Gervasoni “reviewed” in Lava stone by Marmobon – Domos Design, or Ciottolo by Imperfettolab, originally in fibre-glass and now “edited” by Santamargherita in Verde Alpi marble. Similarly, the Kong lamp by Stefano Giovannoni for Qeeboo becomes a virtuosic luminous monkey by Nero Marquigna thanks to Odone Angelo, just as the lamps designed by prestigious architect Steven Holl for Horm-Casamania, Ex of In – produced in Onyx by Pietralab – Marmi & Travertini but initially designed to be made using a 3D printer – and Princeton Sconce, a wall-mounted lamp created for the furnishings of the prestigious Princeton University and reproduced by Mondo Marmo Design / Fasani Celeste in several varieties of marble.

The Serengeti table designed by Toan Nguyen for Luxury Living Group was interpreted in stone by Cereser Marmi seamlessly retaining the continuity of the material between the top and the legs in Santorini quartzite; whereas the GT Desk by Tonino Lamborghini Casa saw “Ombra di Caravaggio” marble used by Piero Zanella in a new version with a dual support on the ground to withstand the weight of the material used.

Lastly, the Shapewai bathtub and basin designed by Carlo Colombo for antoniolupi finds, in the carved shapes of Carrara marble processed by Testi Group, an archetypal container in a production mode by now exceptional given the high level of material offcuts.

Run-up to Marmomac 2019: young and stone

Ristorante d’Autore | STONE POOL, the Form of Water at table