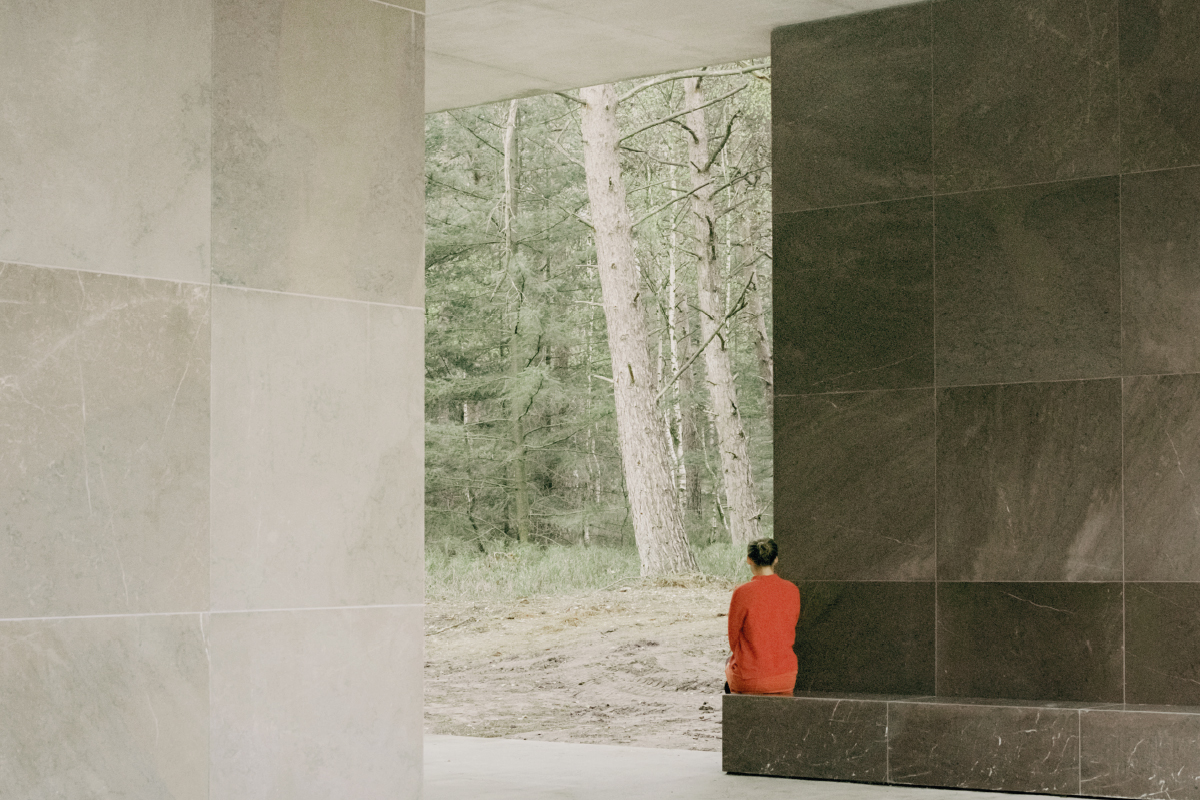 The Loenen Pavillion is a multifunctional building dedicated to commemorating Dutch victims of the Second World War and more recent international conflicts, located in the National Field of Honor of Loenen.

The building blends harmoniously into the surrounding natural forest and links the existing Loenen War Cemetery and the new National Veterans Cemetery. Loenen War Cemetery was designed by landscape architect Daniel Haspels in the mid-20th century, shortly after the end of World War II. A project carried out with profound respect for the natural landscape, seen and experienced as the fundamental element for rediscovering peace and serenity after a loss.

To achieve this result, the architect had avoided any possible “tension“, for example, by eliminating the vertical elements, including the tombstones, and favoring volumes where the more reassuring horizontal dimension prevailed. KAAN Architecten decided to respect the approach chosen by Haspels and designed a building that blends architecture and natural landscape. Loenen Pavilion is a multifunctional building dedicated to commemorating the Dutch victims during the Second World War and more recent international conflicts, located at the National Field of Honour in Loenen. With its 52 x 19-meter footprint, the pavilion stretches along one of the five axes that are the site’s foundation, like a horizontal white line settled amidst slender birch and pine trees. The serene atmosphere and lack of intrusiveness have been achieved by sensitive architectural gestures, proposing a narrow and compact structure, intimate yet open and inviting, obscured by tree trunks yet in clear view. Strategically placed stone-clad walls and roof perforations exposing treetops and open skies accentuate the alternation between open and closed. Sightlines are directed inward, outward, and through to maintain the fragile aura of light and tranquillity while the functions flow logically into one another. The main space is an auditorium dedicated to assemblies and funeral services for the nearby National Veterans Cemetery, opening up to a multi-purpose room serving both as an exhibition and information space and, finally, a condolences area. Gently detached from any religious connotations, the pavilion conveys a calming natural atmosphere to its interiors, thanks to the unconventional open spatial configuration, the abundant natural light, and the elegant choice of materials. Two thousand five hundred square meters of Sierra Elvira have been used, and a variety of limestone with a grayish surface with minimal grooves in beige and earth tones have been used in the honed finish. The stone is three centimeters thick and measures approximately 1.60 x 1.60 meters. 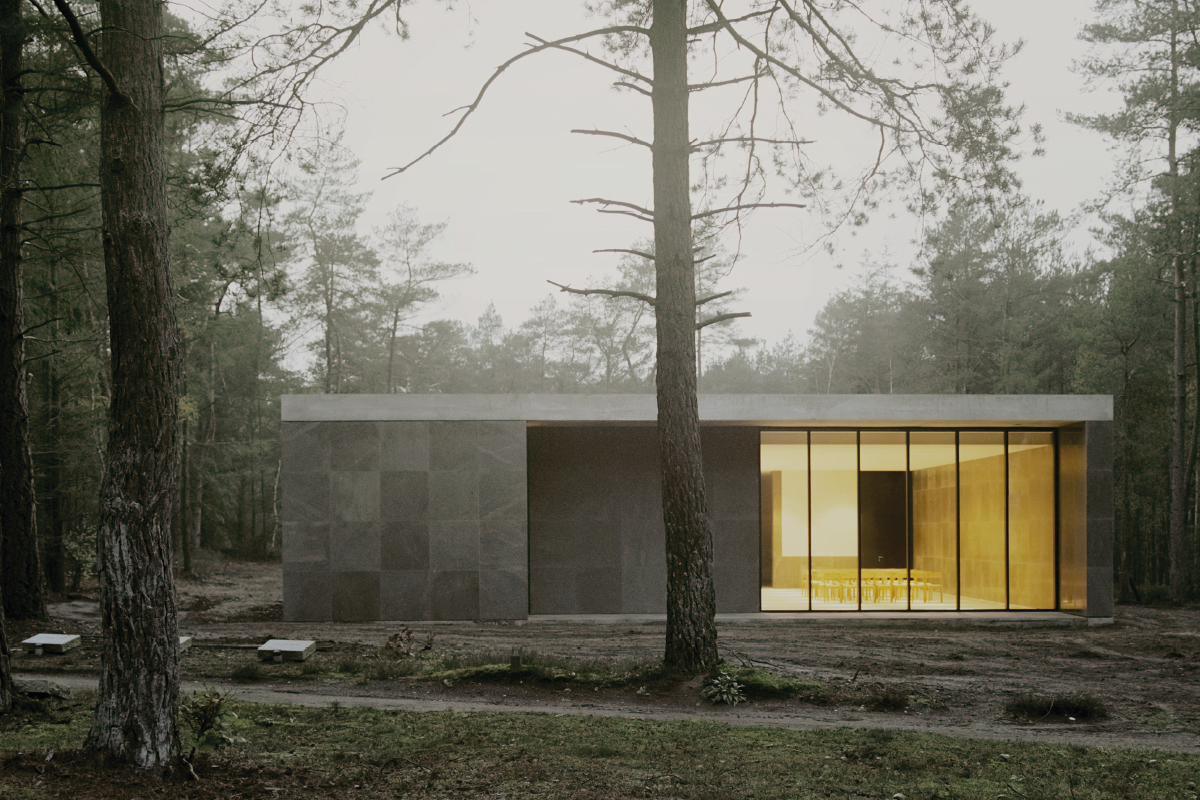 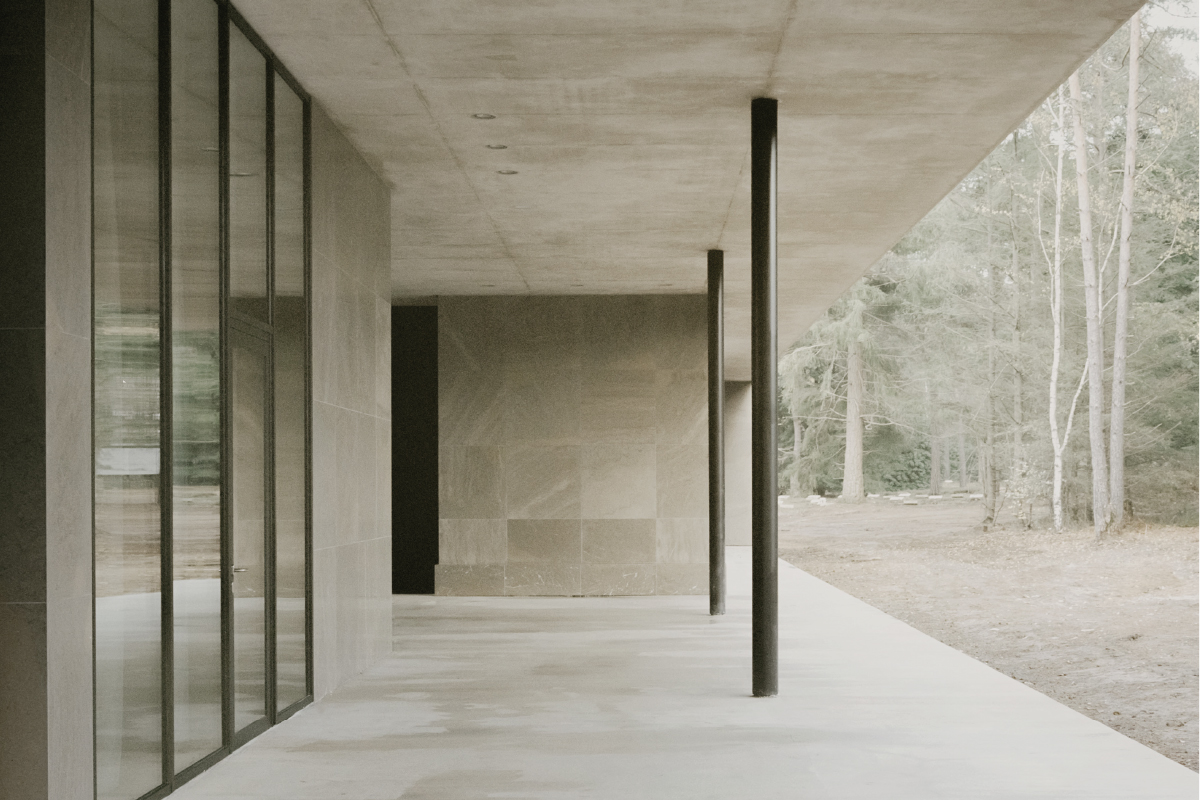 Trends 2022: The use of marble for kitchen countertops